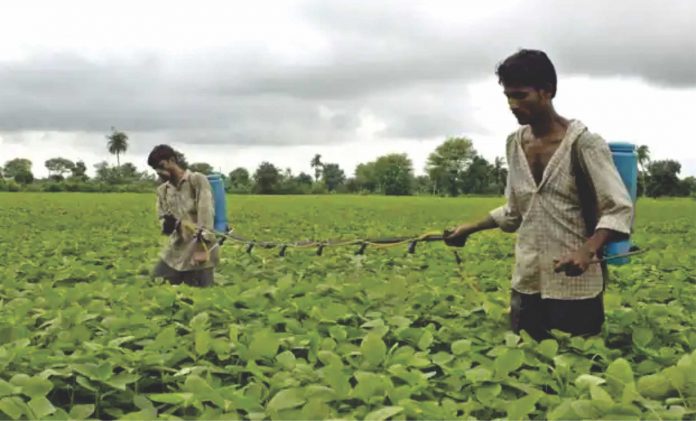 The decision of the Indian government to permit the import of genetically-modified (GM) soymeal for the first time has kindled hope in the agri-biotechnology industry that it might allow the cultivation of GM oilseeds in the country to reduce the dependence on imported cooking oil.
On August 24, the government allowed the import of 1.2 million tonnes of de-oiled GM soy oil cake via Petropole on the India-Bangladesh border and Nava Sheva port. The Environment Ministry gave its non-objection because it said the de-oiled cake does not contain any living modified organism.
We have imported about 10,000 tonnes of the cake, said a purchasing executive of Suguna Foods. The Coimbatore-based company with annual sales of more than USD 1 billion says on its website that it has over 40,000 poultry farmers across 18 states on contract with it. In all, the industry has contracted imports of about 70,000 tonnes, the executive (who asked not to be named) said.
The government has waived the usual procedures for import of the oil cake because soymeal prices had shot up to Rs. 95,000 a tonne on August 5. They were around Rs. 30,000 a tonne in July-August last year. Prices had spiked due to poor harvest and speculation. Poultry farmers had no option, but to buy the costly feed.
The import window closes in October-end, when the new soybean harvest is expected to soften prices.
Pitch for GM crop
The agri-biotechnology industry had suggested the cultivation of GM soybean as an option to reduce the dependence on imported cooking oil, at a meeting at the joint secretary-level in the agriculture ministry in July, Ram Kaundinya, Director-General of the Federation of Seed Industry of India said. India produced 92 lakh tonnes of cooking oil this year. It imported 133 lakh tonnes, mainly palm oil followed by sunflower and soya oil, at a cost of about USD 10 billion.
Earlier this month, the government announced a mission for increasing the area and productivity of oil palm in the country to check imports. A hectare of oil palm can yield more than 4,000 kg of oil. Mustard, which has an oil content of 31-46 per cent can yield 430-500 kg oil per hectare given India’s average mustard seed productivity of 1,400 kg per hectare. Soybean’s oil content is 18 per cent and with a national average yield of 1,150 kg per ha, the oil yield per hectare is about 200 kg.
The apex regulator for GM crops, the GEAC, had advised the environment minister to approve the cultivation of GM mustard hybrid DMH-11 in May 2018. But the ministers have not acted on the advice for ideological reasons, even though the mustard hybrid was developed by a team of Delhi University scientists and funded with public money.
Why GM soyabean is cost effective
GM soybean grown worldwide has both insect control and weed resistance traits. These traits do not enhance yields directly. They do it tangentially by preventing weeds from having a claim on water and fertilizer meant for crops and preventing damage by pests. The averted cost of weeding also reduces the cost of cultivation.
Public institutions like the Indian Council of Agricultural Research (ICAR) will have to source the GM technology as soybean is an open pollination crop whose seed can be saved for sowing the next season. That makes it open source technology. Without being able to restrict use of the technology to only those who pay for it, the private sector will not be able to profit from it.
In the case of Bt cotton, a GM crop which India extensively grows, the insect-control trait is available only in hybrids whose seeds farmers must buy every year. That allows sales of the technology to monetise it.
The approval given for the import of GM soy de-oiled cakes demolishes the arguments against the technology – that it harms human and animal health. It is only the cakes that have the trans-genes (proteins) in them; the oil does not have them.
If the government believes in consistency, it should also allow the import of dry distiller’s grain solubles (DDGS), which is what is left behind from fermented maize after alcohol is extracted from the wash. The US has been pressing India to do so (it grows mainly GM maize). Godrej Agrovet, a producer of animal feed had sought its import in 2017 but the GEAC did not give its approval.
This time GEAC approval was not even considered necessary because deoiled cakes of GM soybean do not contain ―any living modified organism, the official press release said.
Indians have been consuming GM cottonseed oil and milk produced from GM cottonseed de-oiled cakes since 2002, when the country approved Bt cotton for cultivation.
If India still wants to block the cultivation of GM soybean or GM mustard, it can cite Japan and the European Union as examples. They allow imports of feed and oil based on GM crops but not the cultivation of these crops.
Source: thefederal