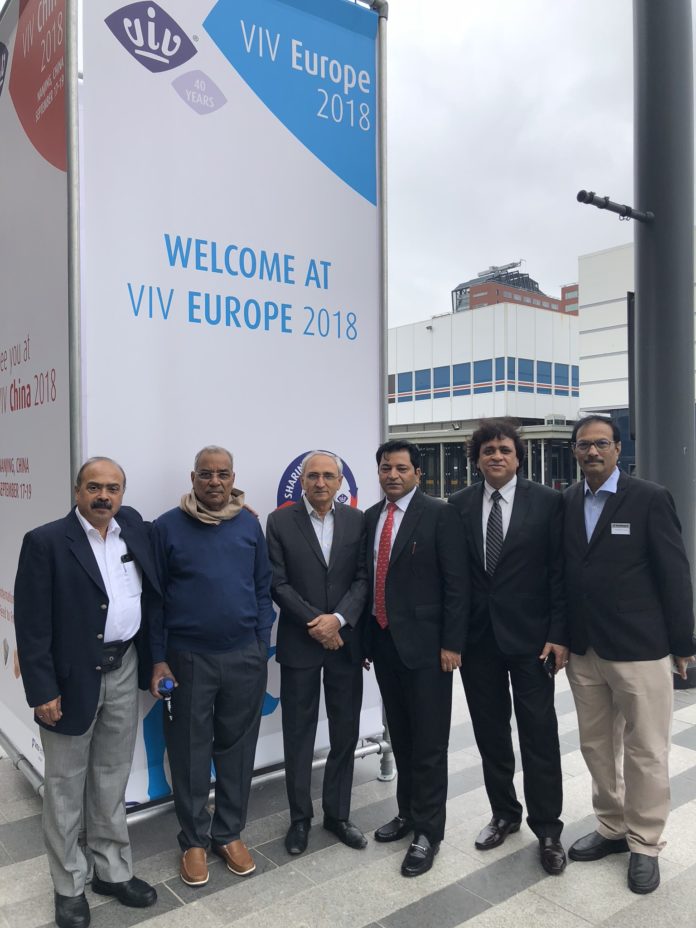 VIV Europe 2018 organised at Jaarbeurs Utrecht, The Netherlands from June 20-22, 2018, celebrated its 40th anniversary. Over the four decades, VIV Europe has established itself as the premium business-to-business platform for the global poultry industry, an ideal location and with the added benefit of having a highly professional organisation behind it.

According to Organizers of VIV Europe Exhibition, they organised many activities directed specifically at inspiring the world’s poultry producers and processors by turning the spotlight on the complete supply chain. People owning and running poultry businesses really want to know how the latest methods will help them to make their processes and products even better. Altogether at VIV Expo there were around 600 exhibiting companies on a net display area of 24,500 square metres, with over 25,000 trader visitors from 120 countries. Exhibitors included for breeding and hatching Aviagen, Cobb, Hubbard, Bovans, Hyline, Petersime, Hatch Tech and Pas Reform. For animal health there are Ceva, Huvepharma, Dopharm, Intracare etc. In farm production equipment there were stalls of Gartech, Salmet, Big Dutchman, Zucami, Kutlusan, Farmer Automatic, Facco and Hellmann. The companies offering feed manufacturing systems included CPM. Buhler, Muyang, Zhengchang, Eurosilos and Triott. Among the many feed ingredient and additive suppliers were Amorvet, Luminus,  Koudijs, Wafi, Al Dahra, EW Nutrition, Argano Organic, Jujia Vitamins and many more.  In poultry processing and handling, there were stalls of Marel, Sanovo, Linco and Moba,  Meyn and Foodmate. Convenience and comfort combined with top suppliers, valuable networking opportunities and the latest know-how, added up to a great recipe for inspiring the next round of investments in the future of the world’s poultry businesses!

This year a good number of Indian delegates representing the nation’s equipment manufacturers, feed millers, poultry breeders and pharmaceutical companies attended VIV Europe. According to the Indian delegation, the visit to VIV Europe 2018 was informative and certainly worthwhile. Delegates took the note of the latest innovations in terms of equipment and logistical organization and see how the technologies could apply at Indian poultry producer level as some of these innovations could well be adopted by Indian poultry producers.