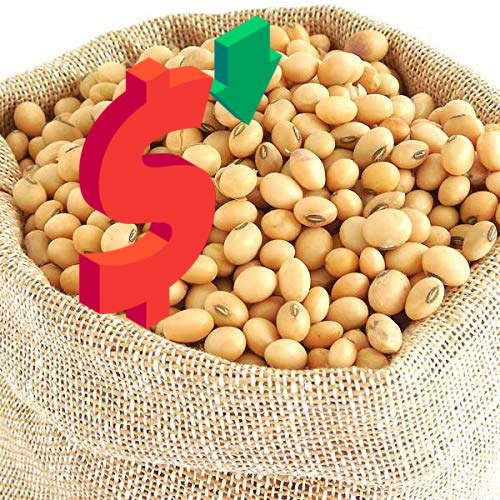 Soyabean prices have crashed by close to 50% within a month in Madhya Pradesh and Maharashtra, the top soyabean producing states of the country leading to farmers’ protests across the soyabean growing states.

After a historical high of Rs 95/kg, prices have crashed to Rs 60-55/kg, depending upon the quality.

India allowed import of 12 lakh tonnes of genetically modified soyameal in August, which led to fall in prices of soyabean at a time when farmers have started harvesting ..

The sharp fall in prices has angered farmers across Maharashtra and Madhya Pradesh. Some farmers have started sharing soyabean price trends on social media.

“The government suppressed pulses prices by importing it whenever prices increased,” said Ganesh Adatrao, a farmer from Maharashtra’s Marathwada region. “Farmers from Marathwada have shifted from pulses to soyabean in the hope of getting good returns. Prices of cotton and vegetables, including onions, have remained subdued since the past 3 to 4 years, while the household expenditure has increased due to inflation.”

The country’s poultry industry had demanded import of 1.2 million tonnes of genetically modified soyameal, as the historically-high prices had increased costs for poultry farmers and forced some out of business.

“We have so far contracted for import of 7 lakh tonnes of import of soyameal and the total imports will not be more than 8 lakh tonnes,” said GulrezAlam, director, IB Group. “The local crop will soon become available at affordable rates.”

The industry has claimed that it was not the farmers but the stockists and the hoarders who had benefitted from the high rates.

Gulrez said that processing plants are getting local soyabean at Rs 5,000-6,000/quintal, as against the minimum support price of Rs 3,800/quintal. “Good quality soyabean (with 2% damage and 2% sand) having moisture content at 10% will continue to get Rs 5,000/quintal even during the peak arrival period,” said Gulrez.

The monsoon’s delayed withdrawal is harming the standing crop. “Due to the current spell of heavy rainfall, those famers, who have the capacity to hold the crop, will also  be forced to sell it due to moisture affecting the keeping quality of the produce,” said Adatrao.