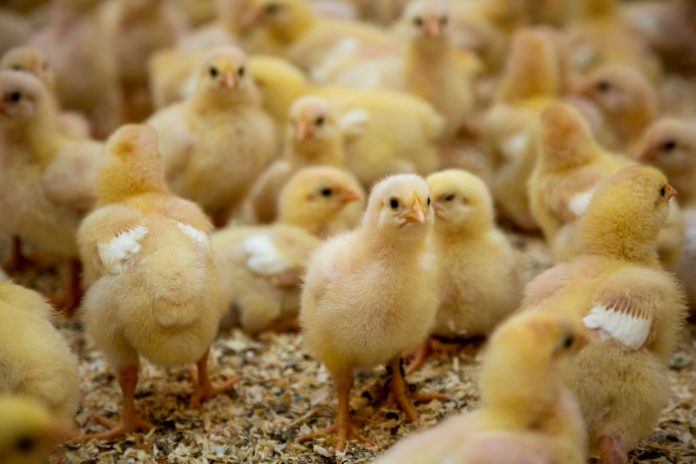 The efficient conversion of feed into its basic components for optimal nutrient absorption is vital for both broiler and broiler breeder production and welfare. Gut health, an intricate and complex area combining nutrition, microbiology, immunology, and physiology, has a key role to play. When gut health is compromised, digestion and nutrient absorption are affected which, in turn, can have a detrimental effect on feed conversion leading to economic loss and a greater susceptibility to disease.
The industry has made huge efforts in recent years to develop solutions focusing on gut health. This is not only due to a direct link to improved feed efficiency and profitability, animal welfare or food safety, but also due to changes in consumer preferences and regulatory requirements.

When it comes to poultry gut health, coccidiosis and necrotic enteritis are major economic challenges, particularly when present in a subclinical form where symptoms may not be observable. Due to epithelial damage and inflammation, these subclinical infections reduce feed efficiency and result in an opportunity for potential pathogens.

Poultry trials challenged with Eimeria and Clostridium perfringens showed that NEXT ENHANCE® 150 feed additive – an encapsulated, highly concentrated blend of thymol with carvacrol – promotes healthy intestinal microbial flora, as well as supports gut barrier function, inflammation processes and immunity. NEXT ENHANCE® 150 has a positive effect in the reduction of coccidialfaecal oocyst shedding and minimize damage to intestinal epithelium in infected birds . Use of NEXT ENHANCE® 150 for reduction in coccidial oocysts in excreta could lead to the development of new strategy for the prevention of avian coccidiosis.

Where essential oils are concerned, thymol and carvacrol are scientifically well-documented compounds. Due to their phenolic structure (having a cyclic ring with a hydroxyl group attached) they are recognized as efficient compounds showing a variety of beneficial effects in the gut. NEXT ENHANCE® 150 (NE150) is a highly concentrated blend containing thymol and carvacrol protected by a unique coating. This ensures that the active ingredients are stable during pelleting and can ultimately result in a controlled release to the lower parts of the intestinal tract.

Thymol and carvacrol are highly effective against a wide range of potential pathogens.In a variety of studies, NE150 has demonstrated its potential to establish a healthy microbial composition by promoting higher lactic acid-producing bacteria and reduce pathogenic species. An example of the antimicrobial effects in broilers is shown in Figure 1.

In the study, an Eimeria challenge model was used, which typically increases the levels of C. perfringens. It is well known that C. perfringens is the causative agent for necrotic enteritis but requires other predisposing factors to become clinical or subclinical. The invasion of intestinal cells by the Eimeria parasite is seen as the major predisposing factor because it creates tissue damage and leakage of plasma proteins used by C. perfringens. Broilers, receiving NE150 showed lower levels of C. perfringens as well as lower levels of Enterobacteriaceae, a large family of pathogens including E.Coli or Salmonella. As a result, NE150 is shown to lower the risk of a bacterial overgrowth, which is key in the development of necrotic enteritis.

Biomarkers can be used to study the effect of protected thymol and carvacrol on intestinal integrity and gut barrier function. The stability of the tight junctions(a unique connection between cells),for example is linked to the amount of occludin, which increases the physical barrier function of the intestine. Under challenge conditions and during inflammation processes, occludin is known to be down regulated. A broiler study with C. perfringens challenge showed lower levels of occludin, which increased with the addition of NE150. This lowers the risk of pathogen translocation,or the uncontrolled transfer of different molecules from the lumen into the bloodstream. It has also been shown that broilers receiving NE150 under Eimeria or C. perfringens challengesshowed significantly lower serum endotoxin levels, indicating improved mucosal barrier integrity.Adding NE150 to the ration has also shown increased villus height to crypt depth ratio, another well recognized marker for intestinal health. Macroscopic intestinal lesions are another relevant indicator of gut health. In Eimeria and C. perfringens challenge studies, these lesions were significantly reduced with NE150. Fewer intestinal lesions can result in a lower inflammation processes and candirectly translate to performance improvements.

Thymol and carvacrol are also known to have anti-oxidative capacities due to their chemical structure.To understand how NE150 could benefit broilers’ oxidative status, a study was done measuring various biomarkers, such as super oxide dismutase (SOD) and glutathione peroxidase (GSH-Px). These enzymes are responsible for the conversion of reactive oxygen species (ROS) to harmless substances. ROS are a result of normal metabolism but are toxic to the organism and increase significantly during an infection or stress. It was shown that both enzymes increased (Figure 2) when NE150was added to the diet. As a result, the malondialdehyde levels, a marker for lipid peroxidation, were significantly reduced in broilers. NE150 can therefore, directly and indirectly, help to maintain a balance between ROS and the defense system, which lowers the risk of tissue and cell damage as well as performance losses.

With its broad impact on gut health it is not surprising that broilers receiving NE150 show a consistent improvement in feed conversion ratio with an average of 3.7% when used at the recommended dosage rate. In addition, NE150 can be used in feeding programs to support the birds under coccidiosis, necrotic enteritis or gut health challenges to help alleviate negative effects on the animals.

This array of trials shows that producers can use NE150 in their strategy to improve feed conversion ratio, thereby reducing production cost efficiently and increasing the profitability of commercial broiler productions.