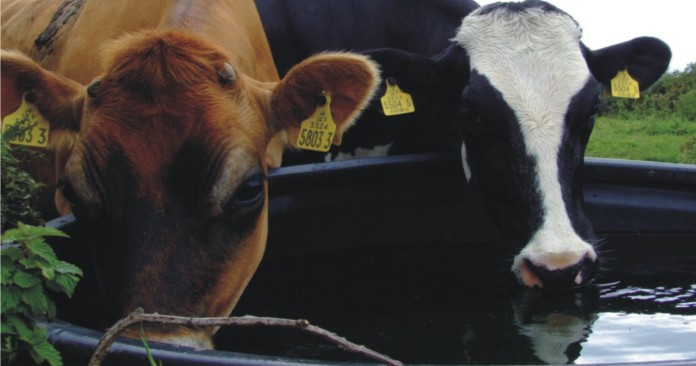 Introduction:
79% of the planet earth’s crust constitutes water, only 2.5% of all water resources is fresh water, 96.5% of water is in oceans and 1% is brackish water. Out of 2.5% fresh water, 70% is locked up in glaciers, permanent snow and atmosphere (Dompkaet al., 2002; UNESCO,2005). India has only 4% of total fresh water resources of the world (FAO, 2013) and total water availability (surface + ground) in India is around 1869 billion cubic meters (BCM); about 60% (690 BCM from surface water and 432 BCM from ground sources) is usable and remaining 40% is not accessible for use due to various geological and topographical considerations. 91% of extracted groundwater is consumed by the agricultural sector and rest 9% by the industrial and domestic sector. Similarly, 89% of surface water is consumed by the agricultural sector and rest 11% by the industrial and domestic sector.
India is more vulnerable for water scarcity because of its growing population, over-exploitation of water resources and in-disciplined lifestyle. It is predicted that most of Indian states might reach water stress state by 2020 and water scarcity state by 2025.
Animals are competing with human for portable water directly and due to dominance, animals will not get good quality water. So, the challenge for the future is to optimize livestock productivity by knowing that how poorer quality water resources can be utilized or treated, or both, to make them acceptable for ruminant production without compromising the health, welfare and productivity of the animals and also the quality of the products (e.g., dairy food products). It is a well established fact that quality of water resource has a great impact on animal health, nutrient utilization and ultimately on production. So, in this article, a brief information about the anti-quality factors present in water that may affect animal health, production has been discussed.
Anti- quality factors of water:
The quality of the water is influenced by its source and contamination from abiotic and biotic factors. Main criteria to access water quality are its organoleptic (odor and taste), physiochemical properties (pH, total dissolved solids, total dissolved oxygen, and hardness), presence of toxic compounds (heavy metals, toxic minerals, organophosphates, and hydrocarbons), excess of minerals or compounds (nitrates, sodium, sulfates, and iron) and presence of bacteria. Among all parameters, the salinity/total dissolved solids (TDS)/total soluble salts (TSS) is the major factor which affects water quality as well as the suitability of particular water resource for livestock (NRC, 2005; Salem et al., 2011).
In India, groundwater is the major source of water for animals. Generally, groundwater contains high levels of TDS compared to surface water which mainly depends upon the geology of the surrounding area, rainfall, vegetation, topography and human activities around the water sources. The impact of high level TDS were studied by Sharma et al., 2016 in growing Murrah calves found a negative impact of TDS (>4467 ppm) on animal’s drinking water intake which ultimately resulted in reduced animal performance. The impact of different levels of TDS on animal’s performance is shown in Table 1. Similarly, Other studies by Solomon et al. (1995) and Shapasand et al. (2010) reported higher milk yield in lactating animals that consumed water containing less than 1000 ppm TDS. Whereas, Valtorta et al. (2008) had observed effect of higher levels of water TDS on feed intake, rumen parameter, body weight and body score.
pH :The pH of the water for dairy cattle consumption should be 6.5-8.5, preferably neutral. pH beyond this value can disturb the ruminal activity and ruminal microflora, digestion and absorption of the food. 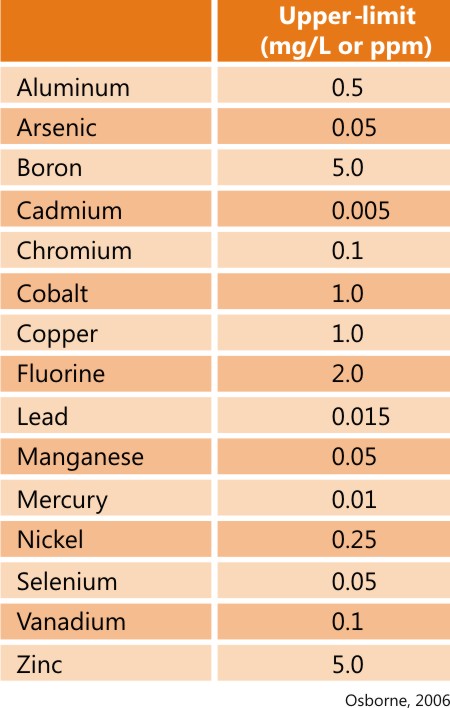 Microbial Contamination: Generally, the water troughs are heavily contaminated with enteric bacteria. This is rather the major source for enteric bacteria and a common source of exposure to potential pathogen to cattle, that could result in infection of large numbers of animals during a relatively brief period. It is well known water troughs serve as reservoirs for enteric microorganisms and water-borne transmission of these pathogens to cattle (LeJeune and Gay, 2002). Generally, water for animal consumption must contain no coliform bacteria for calves, and coliform count should be under 10 per 100 milliliters for adult cattle. Drinking troughs (tanks) and buckets should be kept relatively clean. A raised base around tanks helps to keep manure contamination problems to a minimum. Cleaning tanks and water buckets to prevent build-up of old feed and other debris is important.
Other contaminants which are occasionally found in water can pose a health hazard to animal and hamper their production. For safe consumption, water contaminants should not exceed below guidelines: 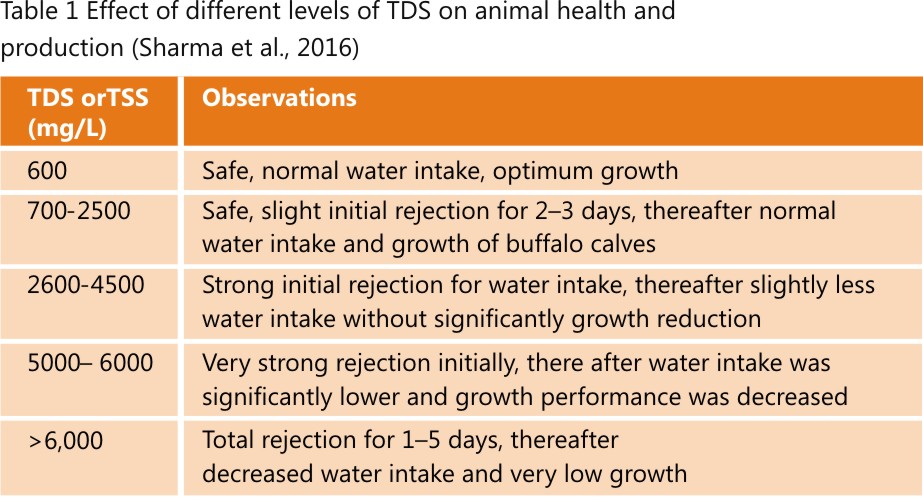 Conclusions: Water is the most important nutrient for all forms of life. In the last century, relatively little attention was given to how drinking water should be provided and managed in ruminant production systems, because it was relatively inexpensive and plentiful. But today in the changed situation, due to climate change, over-exploitation of water and poor conservation policies, this is becoming scarce and water scarcity is going to be a major challenge for the humanity in near future. The availability, source, quantity, treatment, and conservation of water shall be the decisive factors in future, dictating farm location, size, sustainability, and profitability of the farm. Good quality and hygienically safe water will become the basic prerequisite for achieving high production performance ,good animal health and high quality products from livestock.
References are available upon request

Mycotoxins: A Threat to Cattle Feed Safety in Indian Dairy

Insect Meal as an Alternative Protein Source for Poultry