A new trade agreement between the United States and Japan announced on Aug. 25 in France calls for the Japanese to buy U.S. surplus corn.
U.S. President Donald Trump said the deal would likely be signed at the United Nations General Assembly meeting in September.
Japan Prime Minister Shinzo Abe added that while some work remains to be done on the final language of the deal, “we have successfully reached consensus with regard to the core elements related to agricultural and industrial trade.”
U.S. Trade Representative Robert Lighthizer said the deal focuses on agriculture, industrial tariffs and digital trade. Japan will buy up $7 billion of U.S. agricultural products, mostly corn, under the agreement, Reuters reported.
Japanese Prime Minister Shinzo Abe noted that most of the “potential” corn purchases would come through the private sector.
The report is good news for American farmers, who have seen their agricultural exports take a hit as the United States and China engage in a trade war. The deal was well received by U.S. agricultural groups, including the U.S. Wheat Associates (USW).
“We are very happy that this agreement will end the growing competitive cost advantage that Canadian and Australian wheat imports got under the Comprehensive and Progressive Trans-Pacific Partnership (CPTPP) agreement,” said Doug Goyings, chairman of USW and a farmer from Paulding, Ohio.
U.S. wheat farmers in partnership with the USDA’s Foreign Agricultural Service have helped build a strong demand among Japan’s flour millers for several classes of U.S. wheat grown in the Pacific Northwest to the Northern and Central Plains.
However, when the CPTPP was implemented Dec. 30, 2018, without the United States, the effective tariffs on imported Canadian and Australian wheat started to decline. Locked out of the agreement, U.S. wheat imports would have become less and less cost competitive to the point that Japan’s flour millers would have no other choice than to buy the lower cost wheat from the CPTPP member countries.
The new agreement helps protect U.S. exports that represents about 50% of the sophisticated and demanding Japanese wheat market, with average annual sales of about 3 million tonnes that are currently worth about $700 million per year.
Source: Sesoland 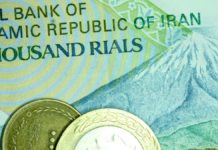 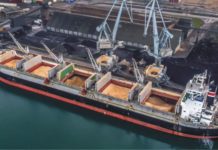