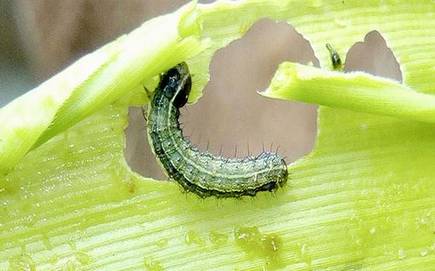 The prolonged rainy season, which has triggered hardships for the country’s farming community at large, has also turned into a blessing in disguise for corn growers. The prolonged wet spell has helped farmers tackle the infestation of the dreaded Fall Armyworm (FAW) pest, which had a widespread impact on the maize crop in the early part of the kharif season.
The FAW, which made its presence in Karnataka last year, had spread quickly to many States, including the North East, this year, and was seen threatening the maize crop in the early part of the kharif season. However, with widespread and surplus rains in the recent months, the infestation has reduced, say experts.
“Rains have indirectly helped in containing the impact of the fall army worm on the maize crop this year. The damage was less this year when compared to last as good rains have aided crop recovery,” said AN Shylesha, Senior Scientist at the ICAR — National Bureau of Agricultural Insect Resources.
Fungus to the rescue
The favourable climate this year triggered by good rains created an environment for growth of a fungus in the soil — Metarhizium Rileyi — a natural enemy of FAW, which attacks and kills the larvae of the worm, while boosting plant growth, Shylesha said.
In addition, farmers, who were aware of the pest this year, had taken precautionary measures. As a result of all this, the impact was less and there was not much of a yield loss, Shylesha said. Last year, prolonged dry spells had helped the pest to multiply and spread quickly.
Maize was planted on about 82 lakh hectares in kharif 2019, higher than the previous year’s 79.94 lakh hectares.
Bhagirath Chaudhary, Director, South Asia Biotechnology Centre, New Delhi, which conducted an awareness campaign for over 15,000 farmers across many States about the pest, says that heavy precipitation has helped reduce FAW infestation.
Tamil Nadu, Andhra Pradesh still vulnerable
However, Chaudhary said, in the late kharif sown areas of Tamil Nadu, the infestation is severe and the threat of the pest spreading to neighbouring Andhra Pradesh, where maize is grown in the rabi season, still exists.
Among Northern States, in Bihar, a major corn producer in the rabi season, the State agriculture department has been taking proactive steps to educate farmers, he said. “If the window of November is overcome then the pest infestation will be automatically controlled during winter,” Chaudhary added.
Though the incidence of the FAW might have come down, the pest will still remain a challenge for the Indian farm sector. “FAW is endemic to India. Getting rid of this pest will be a big challenge. It still poses a very serious threat to corn and other crops in the country,” Chaudhary said.
Per the first advance estimates of the Agriculture Ministry, maize production is seen rising to 19.89 million tonnes in the kharif 2019 season against last year’s kharif output of 19.04 million tonnes.
In 2018-19, India’s total maize output stood at 27.23 million tonnes, per the fourth Advance Estimates.
Source: businessline 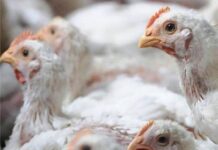 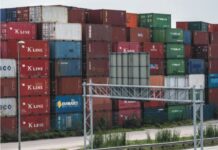