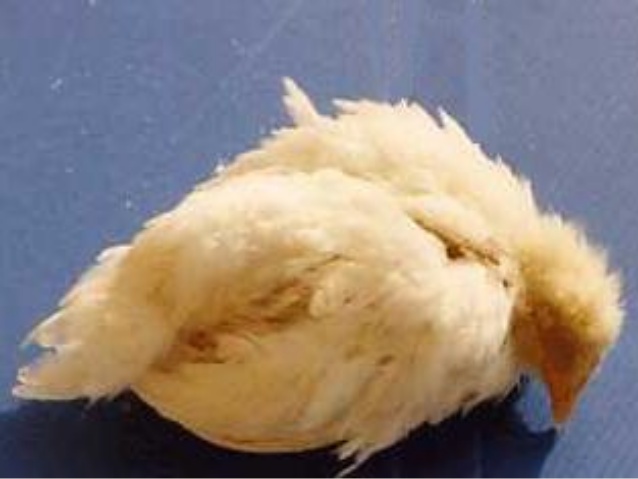 INTRODUCTION
Infectious bursal disease (IBD) is an acute, highly contagious disease of young chicken caused by birnavirus. The IBD was discovered by A.S. Cosgrove in 1962 and was named as “Avian Nephrosis”, due to extensive kidney damage.Earlier, it was named as gumborodisease,as it was first discovered in the area of Gumboro, Delaware. In poultry, the lymphoid cells and B-cells are the primary target cells, where thelymphoid tissue of bursa is most severely affected. The economic importance of IBD disease is manifested in 2 ways. First, some virus strains may cause up to 60% mortality in chickens with 3 weeks of age and older. Second, severe and prolonged immunosuppression of chickensgetsinfected at an early age. This predisposes the chicken for secondary infestation from bacteria, virus, and parasites resulting in increased mortality, retarded growth and condemnation. Sequelae that have been associated with immunosuppression induced by the virus include gangrenous dermatitis, inclusion body hepatitis-anemia syndrome, Escherichia coli infections and vaccination failures. The protection of young chicks from early infection is paramount. This is usually accomplished by a combination in thetransfer of maternal antibodies and active immunization of newly hatched chick. The virus does not affect humans and has no public health significance.
ETIOLOGY
Infectious bursal disease viruses (IBDV) belongs to Birnaviridae family. There are 3 types of Birna virus responsible for infection in different species.Aquabirna virus causing infectious pancreatic necrosis virus (IPNV) that infects fishes,entomobirnavirusthat infects insects causingdrosophila-Xvirus and avibirnavirus responsible for infection in birds.
PROPERTIES OF IBD VIRUS
According to Benton,et al., IBDVwas highly stable, resistant to treatment with ether and chloroform that was inactivated at pH 12 but unaffected at pH 2, still, survive after 5 hours at 56°C andmass reduction in 5% formalin for 6 hours of exposure. Basically, the virus was treated with 3 types of disinfectants – an iodine complex, a phenolic derivative and a quaternary ammonium compound (QAC). Some research studies specifiedthat  IBDV can survive up to 60°Cbut perishat70°C on 30 minutes exposure, whereas, using chloramine at 0.5% kills IBDV after 10 minutes. Invert soap with 0.05% sodium hydroxide had a strong inhibitory action against IBDvirus. The hard nature of IBDV is mainlyresponsible for IBD outbreaks because of its persistence survival in the farm. Hence, proper cleaning and disinfectant measures should be followedin the farm.
DISTRIBUTION OF IBD VIRUS
Basically, IBDV is classified into two serotypes, serotype-1 and serotype-2.Serotype-1 is pathogenic to chicken-based mortality and bursal lesion.Similarly, the virus can be categorized into attenuated (atIBDV), classical virulent (cvIBDV), antigenic variant (avIBDV) and very virulent (vvIBDV) subtypes. Whereas, serotype-2 viruses are isolated from turkeys and were avirulent to chickens;and vvIBDV were more virulent than the classic strain.
MOLECULAR EPIDEMIOLOGY AND PHYLOGENY ANALYSIS OF IBDV
Vaccination is the only way to control IBDV, but regular use of vaccines causes IBD outbreaks. The major capsid protein, VP2 plays a key role in antigenic variation, from which virus can escape by neutralizing antibodies. Amino acid (aa) changes in the antigenically different IBDV andwere clustered in the hypervariable region of VP2(HVP2). This hypervariable region of VP2 is the target for IBDV detection, evolution, and pathogenic variation. The HVP2 has 2 major hydrophilic domains, hydrophilic peak-A (aa 212–224) and peak-B (aa 314– 325) that form hairpin loops, viz. PBC (aa 219–224) and PHI (aa 316–324) respectively. Both the single and combined mutant in HVP2 region affects the virulence pattern. Recent studies of IBDV outbreaks revealedamino acid exchanges at minor hydrophilic peak domain of HVP2 in different geographical location.
TRANSMISSION CARRIERS AND VECTORS
The IBDV is highly contagious and is persistent in the poultry houses. Few studies stated that even after the removal of birds from the shed, IBDV will survive between 54 to 122 days in shed.It’s also revealed that the droppings, water, and feed remain infectious after 52 days and no transmission occurs through the eggs.
CLINICAL SIGNS AND POSTMORTEM LESION
The incubation period is short and clinical signs were seen within 2-3 days after the exposureof IBD. Signswere also observed earlierwhenthe bird tends to pick their own vent. Other symptoms were solid vent feathers, whitish and watery diarrhea, anorexia, depression, ruffled feathers, severe prostration and death, dehydration and subnormal temperature in affected birds. Normally morbidity was about 100% in fully susceptibleflocks but mortality remains as high as 20-30%; exceptionally higher with vvIBD at the beginning, 3 days of post-infection(PI) and several isolate cause mortality upto 90 to 100%. Initial outbreaks are acute but infections were stagnant and seen in birds lesser than 3 weeks of age due to avirulent field strains. Gross lesion suggesteda darkened discoloration of pectoral muscles,increased mucus in the intestine and renal changes. Bursa of fabricius is the most infected organwhere first 3 days of PI leads to increase in the size of organ due to edema and hyperemia,get doubled in 4 days than its normal weight, will be in normal weight in 5 days and on 8th day, due to high atrophy of bursa, it will be 1/3rd of the size of original bursa. The spleen may be slightly enlarged and often has small gray foci uniformly dispersed on the surface.
Figure-1: Flowchart representing the pathogenesis of IBD virus. 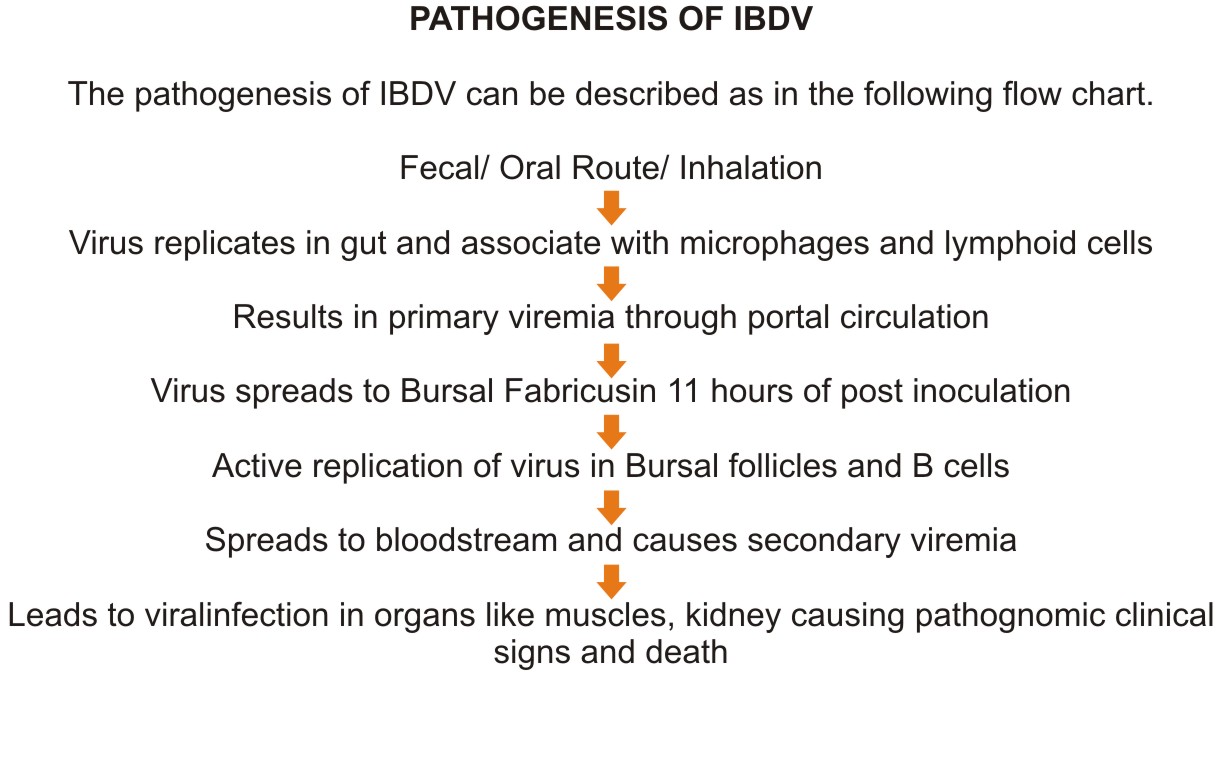 VACCINATION PREOCEDURES
Strict hygiene measures and vaccination with live or inactivated viral vaccines should be adopted or implemented to control IBDV outbreak in poultry farms, which is considered as endemic. Studies suggested that IBDV particles remainactive for 122 days and 52 days in the house and feed& water of chicken respectively. Routine sanitary measures, disinfection, control of mechanical vectors like mosquitoes, mealworms and small rodents should be taken care of. Non-disinfecting of farms will infect the young chicks; subclinical infection causes huge economic loss and long-lasting immune suppression. Thus, instating strict biosecurity measures and vaccination is the best way to control IBDV. Live vaccine of specific pathogen-free eggs werewidely used in parent stock, broilers and layers for controlling IBDV, against the emergence of Delaware variants in the USA in the mid-1980s and emergence of the virulent virus in Europe and Asia resultedin vaccination failure.It is crucial to prevent the young flock from IBDV to controlthe immunosuppressive effect, which can be prevented by immunization of parent stock. Inactivated vaccine with oil adjuvants helps to improve immune response and maternal immunity upto 3-5 weeks.The vaccination timings are important in young chicks, as early vaccination hada chance of neutralizing maternally derived antibodies (MDA) and late vaccination leads to the birds witha low level of MDA. Hence, monitoring the antibody level of the parent stock is vitalduring vaccination.The vaccine may be administered through intramuscular, drinking water, nasal or eye drop and by spraying methods. In breeders, chicks were vaccinated before 7 days and revaccinated with oil adjuvant.
The live attenuated vaccines are found in either mild, intermediate or intermediate plus(hot) strain. The mild strain of IBDV vaccine do not damage bursa but react poorly in the presence of MDA or vvIBDV. The intermediate or intermediate plus vaccines may break through a higher level of maternal antibody levels,whichmay produce bursal lesion which causes immunosuppression leading to secondary infection. The inactivated vaccine was mostly found in oil emulsion form and wasusually applied in breeder flock for vertical transmission to their offspring. Inactivated vaccine before prelay and during midlay maintain the higher level of maternal antibody till 10 months of laying period. Even after vaccination, vaccine failure cases were noted in poultry farms,which may be due to improper vaccine administration, according to field situation, immunosuppressive factor in flocks (from Marek, CAV, Reo virus), stress due to mycotoxicity, level of MDA in chicks and the previously infected shed withvvIBDV.
MANAGEMENT STRATEGIES
Besides vaccination, biosecurity measures prevent IBDV andit should be followed in all the poultry production facilities. One of the major disinfection techniques used in poultry farms is a footbath. Few studies stated that footbath not only sterilizes the footwear but also reduces the count of microbial load.The role of disinfectants is to decrease the microbial population in the farm.Various classes of disinfectants available in the market includequaternary ammonium compounds (QAC), halogens, oxidizing agents, aldehydes, chlorhexidine compounds, and alcohol. Hydrogen peroxide and glutaraldehyde are commonly used as a disinfectant for cleaning footbathsand for spraying in the farms.Peroxygen has higher disinfectant properties than QAC.The combination of glutaraldehyde and QAC increases theantimicrobial properties even in the presence of organic matter fora short period of time. Potassium monopersulphateis widely used as an oxidizing agent that may act on bacteria by oxidation, attacks the virus on its protein capsids by releasing and inactivating nucleic acids of viruses.

CONCLUSION
The marked immunosuppression through IBDV cause the susceptibility of impaired response to vaccination.Hence, proper vaccination of chicks, especially the breeder flock, should be followed to maintain the MDA to their progeny. The only way to control IBD infection is by reducing the field virus exposure to poultry flock, disinfection treatment and developing strict biosecurity program in poultry farms.
by Krishna Ch. Ojha and Venket M. Shelke, Kemin Industries South Asia Pvt. Ltd. 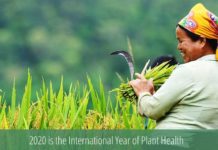 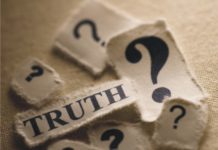 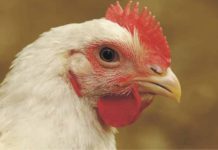