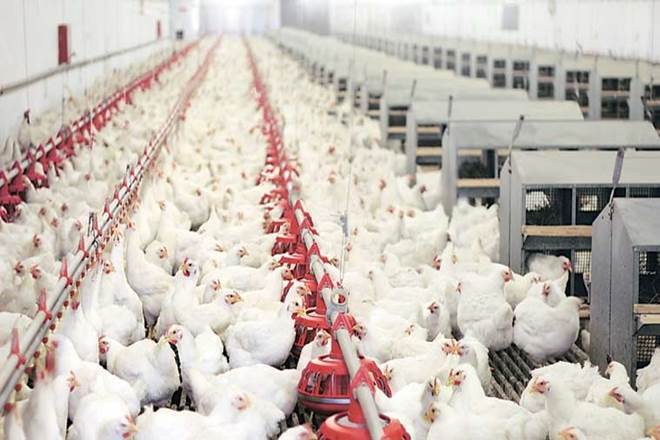 Left out of the government’s Rs 20-lakh-crore package, the poultry industry has sought immediate succour in terms of restructuring of loans and 100% interest subvention for two years so that the current credit of about Rs 20,000 crore by the sector does not turn NPAs. Sales of poultry meat have come down to just a tiny fraction of the normal in the wake of Covid-19.
“Poultry is a low-margin commodity product. It will take about 10-12 production cycles to recover the losses. Extending an interest-free working capital for two years on all the borrowings is the need of the hour to save the industry as it is suffering massive losses,” said Vijay Sardana, advisor, Poultry Federation of India (PFI).
After the lockdown was announced in March, most of the people have stopped eating non-vegetarian food and sales also plummeted following closure of retail outlets as well as hotels and restaurants. The continuous losses by the poultry sector will have multiplier effects on agriculture economy since a major chunk of soyabean and maize is used as feed.
Various foodgrains produced by small farmers, which are not fit for human consumption, are consumed by the poultry sector as feed, Sardana said. “If poultry farmers will not buy oilmeal, no edible oil industry can run regularly because they will not be able to recover their cost and will not be viable just by producing cooking oils.”
The industry had earlier written to the government demanding one year moratorium on all term loans and complete interest waiver for one year. According to PFI president Ramesh Chander Khatri, the poultry farmers have cut production by 80% due to slump in demand and closure of supply chain. Unless they get some immediate relief, default is not ruled out and 60-70% of the outstanding may become non-performing asset (NPA), he said.
Prices of rabi-grown maize in Bihar, the key producer, are currently hovering Rs 1,000-1,150/ quintal against Rs 1,500-1,700 a year ago, said Khatri.
However, there has been little impact seen on prices of egg, mainly as its supply line was not affected. In Barwala, Haryana, main trading centre in north India, the egg prices hover in the range of Rs 290-312 per 100 pieces this month with an average of about Rs 294, against Rs 278 in April. The prices were also around same levels in the year-ago period.
Retailers started reporting slide in chicken sales from last week of January as demand abruptly reduced after “rumour on spread of coronavirus” surfaced in social media. “Though consumption is safe in India, rumour on spread of coronavirus from chicken has reduced the demand sharply by over 50% in just one month and as a result ex-farm gate prices have also fallen by 70%,” Godrej Agrovet’s managing director B S Yadav had said on February 27.
Chicken sales had come down to 35 million birds a week in February from 75 million birds a week across the country in January, while farm gate prices have dipped to Rs 35/kg from Rs 100/kg during this period. Though the industry was expecting the consumption to rise after the rumour fizzles out, the rise in corona positive cases and subsequent lockdown from March 25 dashed any hope of revival.
Source: Financial times