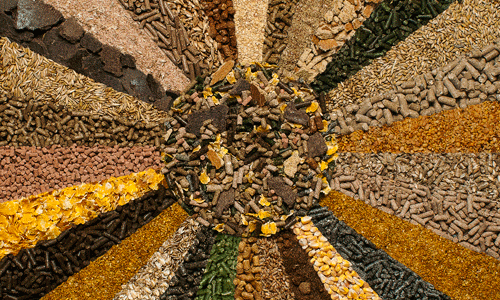 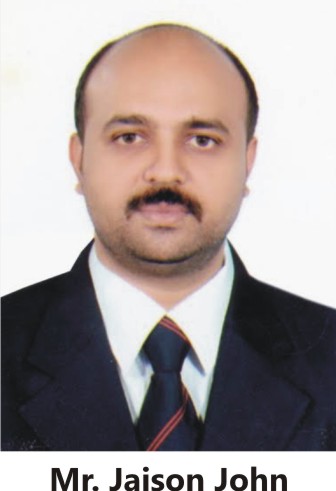 The pandemic has brought an intense shift in the way we do business and feed business is no exception to that. New innovations are adopted in sales to adapt to the new normal of virtual interactions. In this changing scenario, Think Grain Think Feed organized Feed Webinar to understand the Feed raw material outlook which covered corn, soybean, soymeal and insect protein, and was attended by 120+ participants from India and Abroad.
Mr. Jaison John, General Manager-Procurement, Suguna Foods moderated the session. Working with the largest broiler producers in India and handling more than 70 feed mills across the country with a daily production of 7000 tonnes. He shared the pandemic and rumours resulted in loss of INR 25000 crore of the Indian poultry industry, though prices have recovered but the loss won’t be recovered in such a short time. 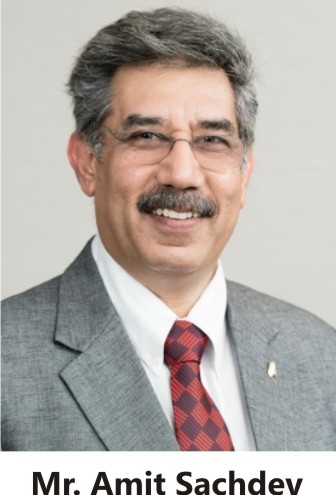 Corn market outlook
Mr. Amit Sachdev, US Grain Council shared interesting insights on the Corn which is the energy provider has a major chunk of the 70% cost that goes into to feed for poultry or livestock production.
Indian corn market
The rumours of virus transmission through chicken consumption resulted in demand destruction even before the pandemic. But slowly and gradually industry started to move up, today it is at par or a bit higher than pre-COVID-19 stage. Still, the industry is at 70% of the capacity i.e. still have to increase 30% to reach normalcy. Same is with the egg prices, it was much lower, but at present, we are at the same price as that of pre-COVID-19 times. 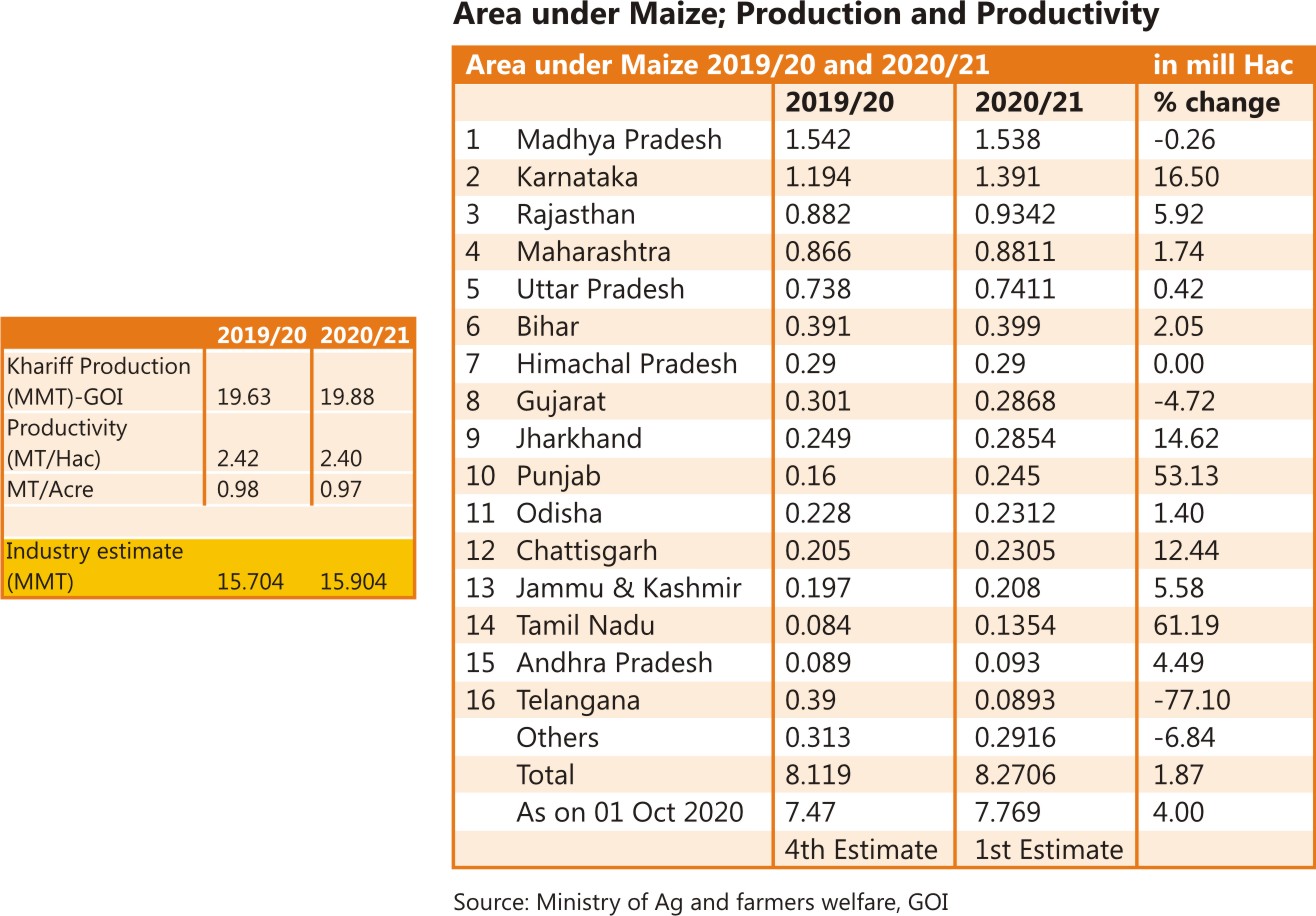 As per projection form government of India there is a slighter higher area under corn and average production which for the previous year was 15.7 MMT in 2019-20 is expected to be 15.9 MMT for 2020-21. Though area under cultivation is more in some states but area under fodder and silage which comes from the same mode of corn should also be considered. Another factor is damage caused in states like Maharashtra, Gujarat and Karnataka due to excess rains and most recent rains in Telangana and South Maharashtra.
In corn export, currently, India is exporting to Bangladesh which is expected to reach 0.25-0.5 MMT. There are reports of cargoes to Vietnam and requests are also received from Malaysia. Also, wheat has exported to Bangladesh and Sri Lanka.
From first week of September the pricing in Bihar started to move up which is when the export started out. While green and blue lines give you Barley and Pearl Millet price – which is selling at the same price. Wheat is still available at a higher price and hence Indian Poultry farmer is not using it. But it is moving out from certain parts. Also, Telangana has released remaining corn of 0.7 MMT in the market from last year stocks. How will it impact the market is still unknown but it will certainly increase the supply of corn in the Southern part of the country so the pressure in this market goes down.
Last year corn demand was 25.8 MMT but demand destruction of this year especially from the poultry sector will reduce the demand by about 3 MMT. That extra corn might find new destinations if the price remains right.
US Corn market
As per Corn balance sheet for 2019-20 crop, the ending stock is 50.7. Yield, area planted and area harvested is higher. Average production has jumped up by at least 30MMT while the overall supply is down. Then why the world prices are moving up – that’s a question for everyone. In US, domestic demand is down, in 2019-20 total domestic use was 352 MMT, expected to be about 311 MMT in October. Export is the key which is looking higher at 51.9 MMT and can further go up to 62 MMT. 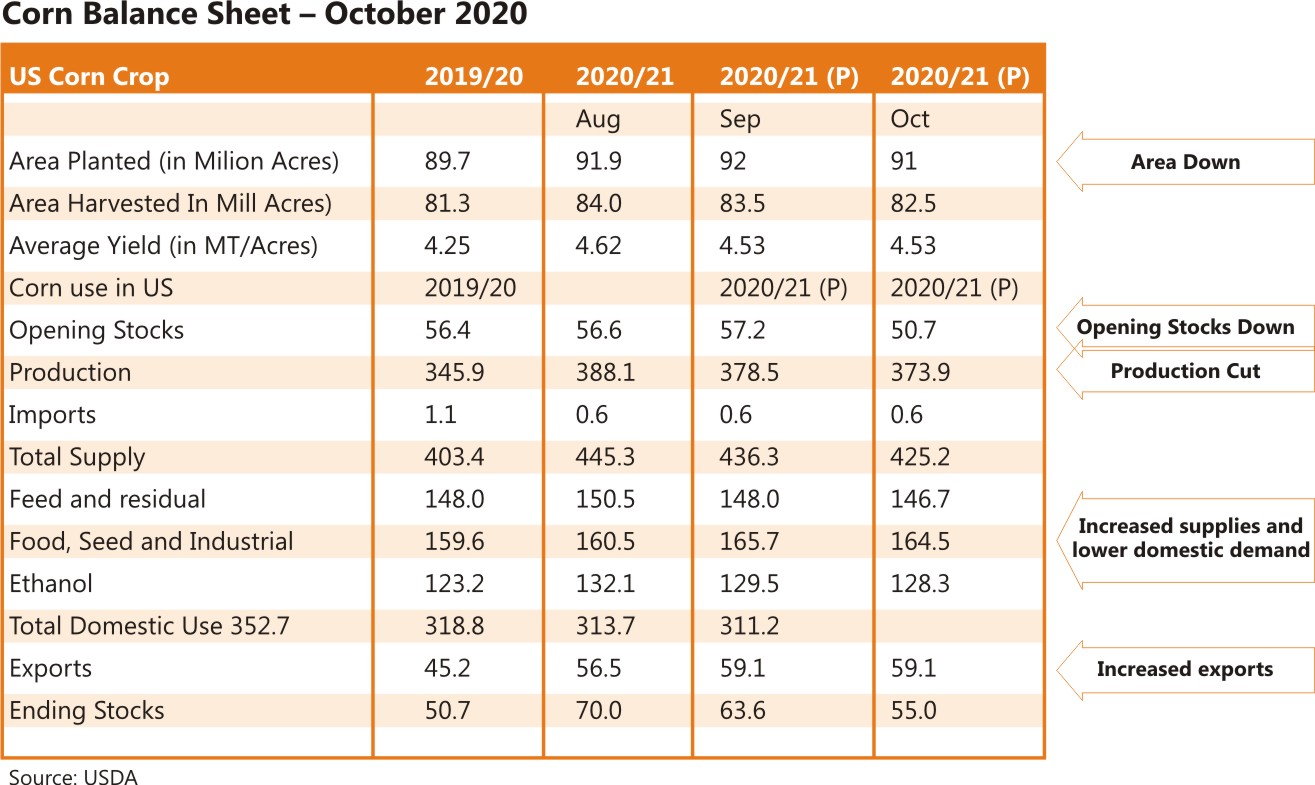 World corn production is much higher at 1.58 BT compared to last year of 1.12 BT, another 46 MT has been added but the area under corn coming from Ukraine is lower than last year. The world ending stocks are down from last year by an estimation of 9 MT.

Outlook of Soy and Soymeal 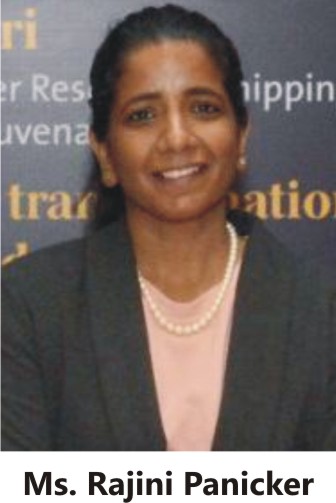 Ms. Rajini Panicker, Vice President for Commodities, Phillip Capital shared the forecast for supply & demand for the next year with a focus on the Indian crop The beginning stocks from the previous season are high, due to unprecedented consumption 2019-20 proved to be a unique year.
Though March onwards there is a lack season but still small supplies of soybean remain coming on monthly basis which stopped from March till April with some amount coming to supply in June. The slowdown in arrival because of negligible Mandis, and slowed crushing in 2019-20 resulted in a supply of about 7.1 MMT with a carryover of 0.5 MMT from the previous season.

Though both factors implied a bumper crop but factors like over rain in August, late withdrawal of monsoon, monsoon in Maharashtra even in the month of October, pest infestations in MP etc impacted the production. Though the first estimates from SOPA was as high as 12 MMT while it could be close to 9.5 MMT. That means a 12% potential increase YoY in soybean.

The marketable surplus for the soybean is estimated at 1 MT for feed which is about 14%. In terms of imports, a recent trend that has been observed, soybean coming from the African continent. Last year the import was close to 4 Lakh MT while this year because of the high-prices of soybean and also the inhibition of some of the participants to trade with the Indian counterparts due to past issues, a much lower import of 1.5 Lakh MT is estimated.
There is optimism in terms of direct use of soybean in the daily consumption and exports, an incremental increase of about 10% is expected. Putting all this together, a supply of 8MT for this year vis-à-vis 7MT of last year i.e. an increase of 13% is expected. Which means that despite the production number getting revised from bullish number of 12 MT to 9.5 MT, the overall supply could be higher by 13% compared to previous year.
Even if a crop of about 8 MMT is assumed and crushing increase by 15% compared to the last year then soymeal supply would be 6.3 MMT compared to the previous year of 5.5 MMT i.e. a 14% increase in supply. Despite pricing being high, due to positive gross crushing margins still there is intensive crushing. Soymeal trade is expected at about 0.5 MT which is unchanged from last year due to higher prices of Indian soymeal. This will be analysed further.
On the domestic meal consumption, an increase of 15% is estimated because of improvement in broiler prices and consumption which is further expected to increase as lockdown is lifted.
It is interesting to note that the global soybean supply is estimated to increase by 2% to 627 MMT while global consumption is expected to increase by 5% therefore a drawdown on stocks can be seen. The global soybean stock is estimated at 88MMT which is one of the lowest stocks in about 5 years.
Globally a tightness is observed despite the higher YoY US production, there is concern over the LANINA prospects and its impact on South American production. This tightness in the global market is also reflected in the CBOT soybean future. This is a 5-year price chart shows the AG prices are USD11 a bushel which is somewhere the same as that of prices in the year 2017. Given the fact that the stocks are lowest in 5 years, a price rise can also be expected.
The same thing applies for soymeal, the ending stocks estimated to be lower by 3% YoY while supply to increase by 3%.
An Alternative Protein – Insect Meal 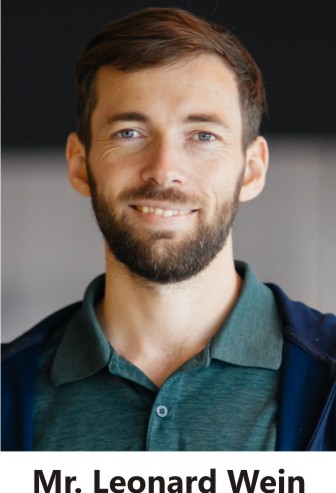 Mr. Leonard Wein of Protenga presented on the Insect meal, which is a well-accepted concept in European market but is a new one for Indian industry.
Why Insect as feed?
There is two-fold reason to it, one is closing the protein gap, an increasing population expected to reach 10 billion by 2050, more quantity and better-quality protein especially the animal protein is required. Second is reducing the environmental impact, as the use of soybean meal and fish meal in animal feed have strong environmental impact.
The key idea for insect protein is the circular economy, the ability to bring the nutrients that drop out of the value chain from primary production in agriculture to processing to animal farming to consumption, insects provide an opportunity to recycle or upcycle those to back in the quality nutrients into the value chain. This process results in reduced deforestation and lower greenhouse gas emission, and these proteins have much lower footprint in terms of space and water.

Black soldier fly is the main attraction of this industry, which is flourishing all across the globe. It is nutritious and a natural feed for poultry, fish, and pet. It is also very suitable for large scale industrial production of flies with natural high-density i.e. it has a fast development cycle, an excellent concentrator of nutrients and it is not a pest or a vector.
Feed usage is basically focused on two lifecycle stages which is Larval stage and Prepupal stage. Most commercial companies focus on the larvae stage. Farming insects produce three potential products – 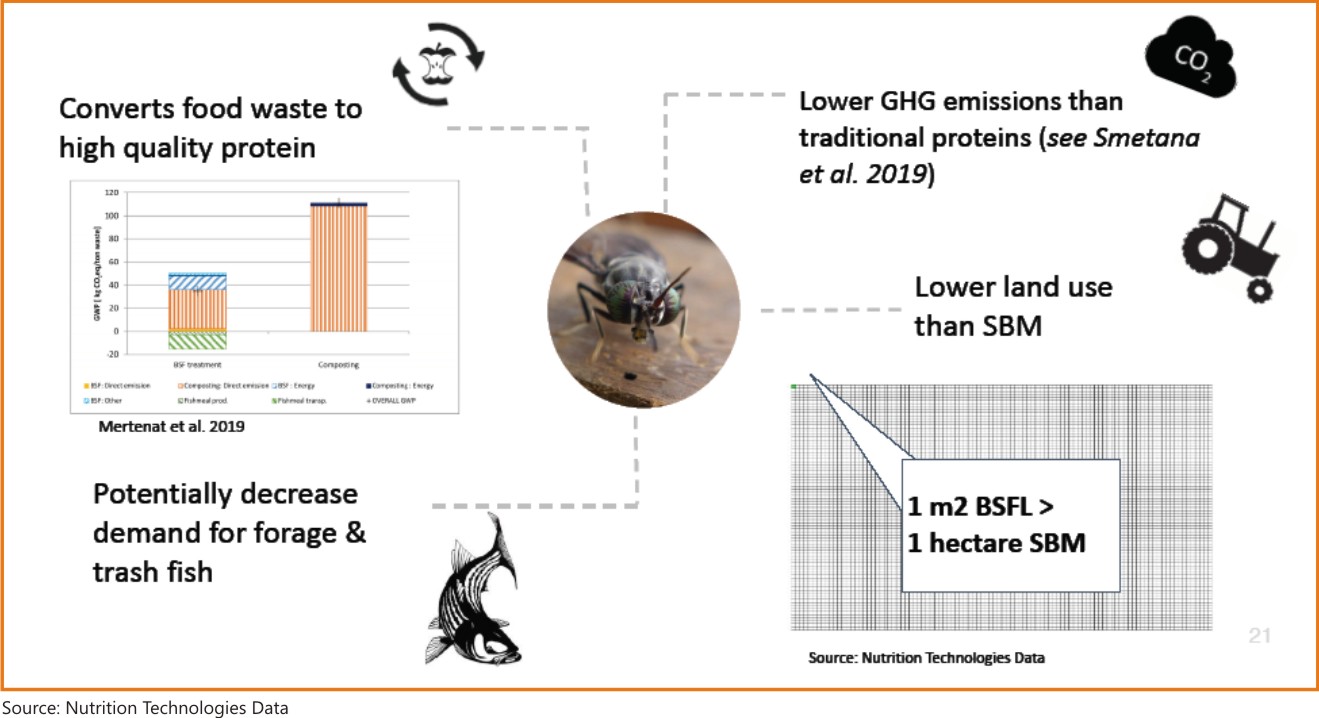 Insect oil – A micro ingredient
The second major product is insect oil which is usually mechanically extracted from the insect biomass and characterized by high lauric acid content which plays an important role particularly in early nutrition as an immune booster with easily metabolizable energy. It also plays an important role in pelleting formulation to increase the feed intake and has shown to be very effective in pet food as well as shrimp feed. Because of higher princes and low availability it cannot substitute soybean meal or fishmeal. But can be used as a novel ingredient for product differentiation.
Research shows that insect meal increases digestibility and feed conversion ratio in poultry.

Novus Gives and Receives at this Year’s PSA Awards

Novus celebrates anniversary this month, planning for a long future