October 2015 – Novus International, Inc., a global leader in developing animal health and nutrition solutions celebrated World Egg Day in many locations around South East Asia and South Asia this October. Aligning with the company’s vision “to feed the world affordable wholesome food and achieve a higher quality of life”, Novus executives and staffs organized events and partnered with various professional entities to support the industry in spreading the awareness on the nutritional value of eggs.

In India, Novus celebrated World Egg Day in various cities including Chennai, Raipur, Bangalore, Pune, Ambala, Namakkal and Vijayawada. In addition to nationally airing an infomercial on the goodness of egg on Next Radio on the 9th of October, dialogues on the benefits of eggs was initiated around the country and eggs were distributed in various forms to schools and courtyard centers.

In Chennai, Novus office team distributed over 500 boiled eggs in the food court at One India Bulls Park (Novus India Office Building). Health benefits of egg consumption were communicated to the crowd. While in Namakkal,Novus celebrated World Egg Day along with Rotary Club. Dr Ezhil Arasu, a renowned pediatrician of the town gave a speech about myths and facts of egg nutrition to around 3750 students of Kamarajar Matriculation Higher Secondary school and boiled eggs were served to students and staffs of the school.

In Bangalore and Pune, Novus raised awareness on the benefits of eggs for pregnant women and children. Novus joined hands with Pragathi Charitable Trust, one of Bangalore’s prominent NGO, to celebrate World Egg Day at an Anganwadi School and distributed eggs to children and pregnant ladies. While in Pune, Novus coordinated with the Department of Education and Department of Woman & Child Welfare to celebrate World Egg Day in tribal schools and Anganwadi centres on the 8th and 9th of October. Novus also co-sponsored with National Egg Coordination Committee (NECC) in Pune to distribute 100,000 boiled eggs in all government and municipal corporation schools.

In Raipur, Chhattisgarh,Novus participated in a Bike Rally and awareness campaign for World Egg Day Celebration supported by CSPFA, CBFA and CIVBHA (Poultry and Layer Farmer Associations in Chhattisgarh).Additionally, Novus visited two schools in Raipur to further create awareness on the consumption of eggs.

Novus organized a meeting on the nutritional value of eggs and distributed eggs at Mahaveer Health Center in Ambala.

Novus believes that good health starts with good nutrition and thus took pronounced initiatives to raise the awareness on the consumption of eggs which is a great source of proteins as well as vitamins and minerals. 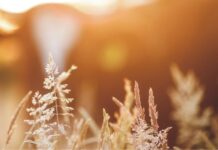 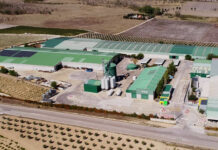 Sustainability, a commitment for Symaga Group 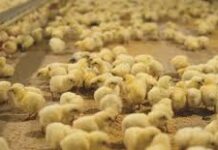