Dr Naveen Kumar, Delst Asia With inappropriate temperatures during conditioning, Pelleting may result in poor broiler performance. Most of the operations in the compound feed manufacturing process make an impact on the nutritive value of the complete feed. The adverse nutritional effect is exerted mainly through nutrient digestibility and energy utilization
Pelleting may result in starch formation which is not susceptible to enzymatic hydrolysis (resistant starch). Bedford (cited in Creswell and Bedford, 2006) reported a significant reduction in weight gain and increase in feed per gain of broilers fed maize-based diets with pelleting temperature at 93⁰C compared to 85⁰C. Loss of lysine and arginine due to Maillard complex reaction with sugars, retro-gradation of starch into enzyme-resistant starch which causes loss of available energy, increased viscosity due to solubilization of non-starch polysaccharides (NSP) and loss of heat-labile vitamins, exogenous enzymes and crystalline amino acids, are some of the known negative effects of high conditioning temperatures.
Viscous cereals (wheat and barley) based diet results in increased feed viscosity due to greater solubilization of fiber, which may occur at higher conditioning temperatures. This impedes nutrient absorption in the small intestine and also increases the amount of substrate available for bacterial growth in the hindgut (Creswell and Bedford, 2006).
High temperatures and low moisture content used in thermo-mechanical treatments are known to favor the Maillard reaction (Voragen et al., 1995). In presence of water and heat, free aldehyde groups from reducing sugars, such as glucose, fructose, lactose, or maltose, and free amino groups from amino acids, the epsilon-amino group of lysine in particular; may combine to form melanoides that darken the product and also increase viscosity (Voragen et al., 1995; Thomas et al., 1998). This reaction, known as non-enzymatic browning, has important nutritional and functional consequences (Camire et al., 1990). This is positive for pellet binding; however, Maillard products may impair nutritional value of the feed due to reduced utilization of proteins and perhaps carbohydrates (Pickford, 1992; Hendriks et al., 1994; Thomas et al., 1998).
Pelleting can affect naturally occurring vitamins in feed ingredients as well as the commercial vitamins added to the feed. Despite making endless efforts for increasing the stability of commercial vitamins, pelleting remains a potentially aggressive process. Therefore, pelleting conditions should be carefully controlled to minimize vitamin losses (Gadient, 1986).
Optimal processing is pre-requisite to attain maximum nutritional value of feed. As under- processing may be associated with incomplete inactivation of anti-nutritional factors, insufficient starch gelatinization and inadequate protein denaturation, whereas over-processing may result in the formation of resistant starch and Maillard reaction products, and inactivation of supplemental enzymes and vitamins.
Heating starch can also reduce its digestibility, if not done properly. After heating, amylose can potentially recrystallize (retrograde) and become less digestible than it was prior to heating. Whereas overheating starch can result in Caramalization. This condensation of amino acids with sugars produces indigestible Maillard product.
Since feed processing involves a combination of shear, heat, residence time and moisture, it may result to partial denaturation of the proteins in the feed (Thomas et al., 1998), by which its solubility generally decreases and the digestibility increases (Voragen et al., 1995). In general, heating improves the digestibility of proteins by inactivating enzyme inhibitors and denaturing the protein, which may also expose new sites for enzyme  attack (Camire et al., 1990). Improper steam conditioning will greatly affect digestible protein value.
Conditioning at 90°C probably supplied more heat above the gelatinization temperature for wheat starch than maize starch, and resulted in an improved PDI in wheat-based diets. However, it should be noted that due to low moisture content during conditioning, the degree of gelatinization in pellet diets is usually low and components other than gelatinized starch are major contributors to physical quality of pellets (Svihus et al., 2004). It is noteworthy that in spite of an improvement in PDI of wheat-based diets with increasing conditioning temperature, we ight gain and feed intake of the birds fed with these diets were negatively affected. Although it is generally believed that high pellet durability is associated with better performance of birds (Greenwood and Beyer, 2003; Cutlip et al., 2008), but it is also evident that high pellet durability did not overcome poor or negative effects of high conditioning temperature on bird performance.
For getting best results in poultry using pelleted feed, a combination of optimum working conditions are required, which are listed below:
a) Correct steam type in a given climatic scenario with sufficient conditioning (dwell) time in a properly designed conditioner for suitable steam conditioning
b) Starch gelatinization along with deliquescent as a chemical assistance for moisture adsorption during steam conditioning
Information provided herein is not to discredit anyone but simply to highlight current practices and problems, and to guide how feed pelleting can be done more effectively and productively. 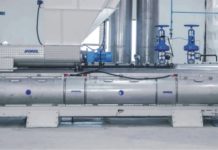 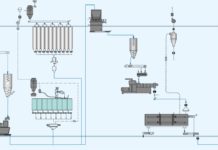 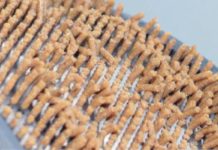