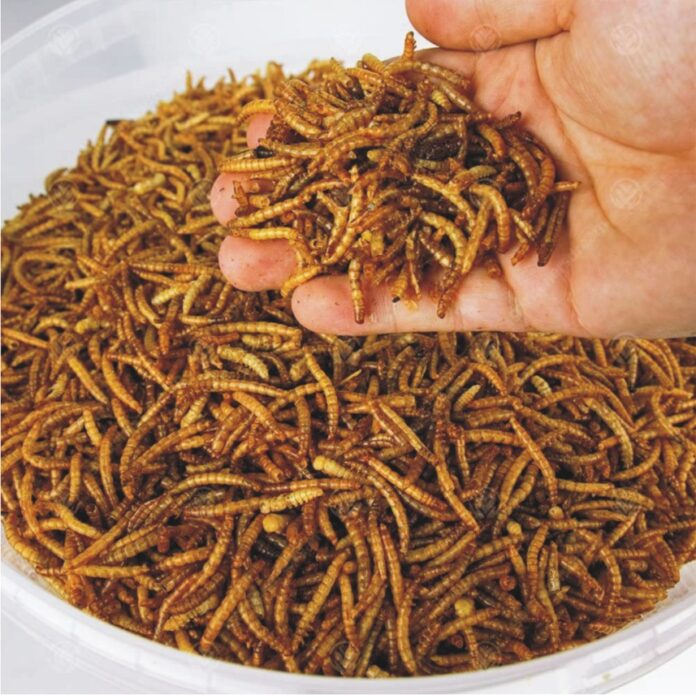 Entec nutrition, led by academics at the University of Exeter, have won a £250,000 grant from Innovate UK to find ways of producing animal feeds from bugs.
Dr Olivia Champion is co-founder of Penryn-based Entec Nutrition along with her University of Exeter colleague Professor Richard Titball who believes that by replacing food like krill, soy and meat in food for farmed salmon, poultry and pets, it could help the UK reach its net zero carbon emissions target.
The job now is to find a way of scaling up production to ensure that insect-based foods are both safe and competitively priced compared to its less sustainable alternatives. It’s likely that AI will play a part in production methods.
“The funding will allow us to explore methods for low-energy production of insects to lower the cost of production and the environmental impact of the feed industry,” said Dr Champion.
The work will focus on using by-products from other food industry sectors, “therefore embracing circular economic principles and making our products more sustainable,” according to Olivia Champion, founder and CEO of Entec Nutrition.
And if the trials go well, Dr Champion believes that insects could be the answer to the type of feed production that relies on soy and meat which is leading to deforestation and energy intensive farming methods.
As population levels rise, it is expected that fish and poultry consumption will increase, generating a greater demand for animal feedstocks, and therefore animal-feed ingredients. The global feed industry is energy-intensive, reliant on international imports, at risk of commodity price hikes, and associated with deforestation.
The UK therefore needs to increase feed production resilience to move fish and poultry production towards a sustainable and productive future.
Emissions from agriculture are among the issues that must be tackled if the UK is to reach its 2050 target, and insect-based feeds offer a promising method to feed animals in a sustainable, low-carbon way.
Insect meal could also come with a host of other benefits, potentially offering an alternative to fishmeal, the production of which has stagnated. Insects could also be used to replace soybean meal, which contributes to deforestation and to the overall emissions footprint attributed to animal agriculture. In addition to these benefits on the sustainability front, Champion believes the insects could come with a potential financial upside for the feed industry and for producers.
“Insects can be produced consistently,” Champion said, “protecting the sector from the price fluctuations that are common within the soymeal and fishmeal markets.”
Entec’s research team, which will include scientists from Campden BRI and the University of Exeter, will explore ways in which the mealworm’s own diet could be modified to create products best suited to the species that may consume it. Different diets could, for example, affect the protein profile of the finished mealworms. The results will not only influence product development within Entec and the broader feed industry, Champion said, but should also help the budding insect meal sector improve the efficiency of its own operations.
The study’s results are expected to be complete by the end of August 2021.