The UN announced 2020 as the “International Year of Plant Health (IYPH). While it is easy to dismiss ‘Plant Health’ as a matter limited only to farming, it has huge direct and indirect implications across different entities of food chain. Hence, the importance of plant health from the perspectives of food and nutritional security, food safety, economic prosperity, need for holistic understanding of the ONE Health paradigm are discussed in the first part of this column. Subsequent parts will delve deeply into IYPH2020 and what the agri-food sector, particularly the plant science industry, must do to utilize this once-in-a-lifetime opportunity to promote the importance of plant health to all stakeholders including consumers through education and creating awareness.
Understanding the ‘Plant – Animal – Human health’ nexus holistically
Agriculture is under enormous pressure to produce more food from a shrinking cultivable area while struggling with water scarcity, land degradation, climate change and many other challenges. Increased homogeneity of diets in the last 50 years has made more than two-thirds of global population become heavily dependent on a few crops (rice, wheat, maize and soybean) for supply of calories. Consequently, shortfalls in production of these crops in any region can createseismic ripple effectsglobally and push millions deeper into hunger, malnutrition and poverty particularly in Asia and Africa. Shortfalls or losses due to poor plant health caused by infestation of pests and diseases can lead to losses as high as 40 to 50%.In the pursuit of producing adequate quantities of safe and quality food, maintaining optimal plant health becomes the first and most important factor. It is not difficult to understand how plant health is fundamental to ensuring food safety and avoid passing of harmful pathogens further in the food chain from crops to animals to humans.
For example, aflatoxins are produced by a certain kind of fungi that grow on corn. When the moldy corn is fed to animals, the toxins greatly impact their health; productivity; and can even lead to death. Besides impacting animal and human health, aflatoxins have the potential to impact trade and may cause huge monetary loss in terms of foreign exchange lost in billions of dollars. A conservative estimate by Partnership for Aflatoxin Control in Africa (PACA) reveals that the continent loses US$ 670 million due to rejection of Aflatoxin-containing corn in certain import markets. Ultimately, farmers’ livelihoods are at stake. If not addressed holistically, all these have the potential to threaten peace and harmony and may even lead to social unrest and conflicts. Hence, it is clear that healthy plants are the foundation of healthy animals and finally, healthy humans. 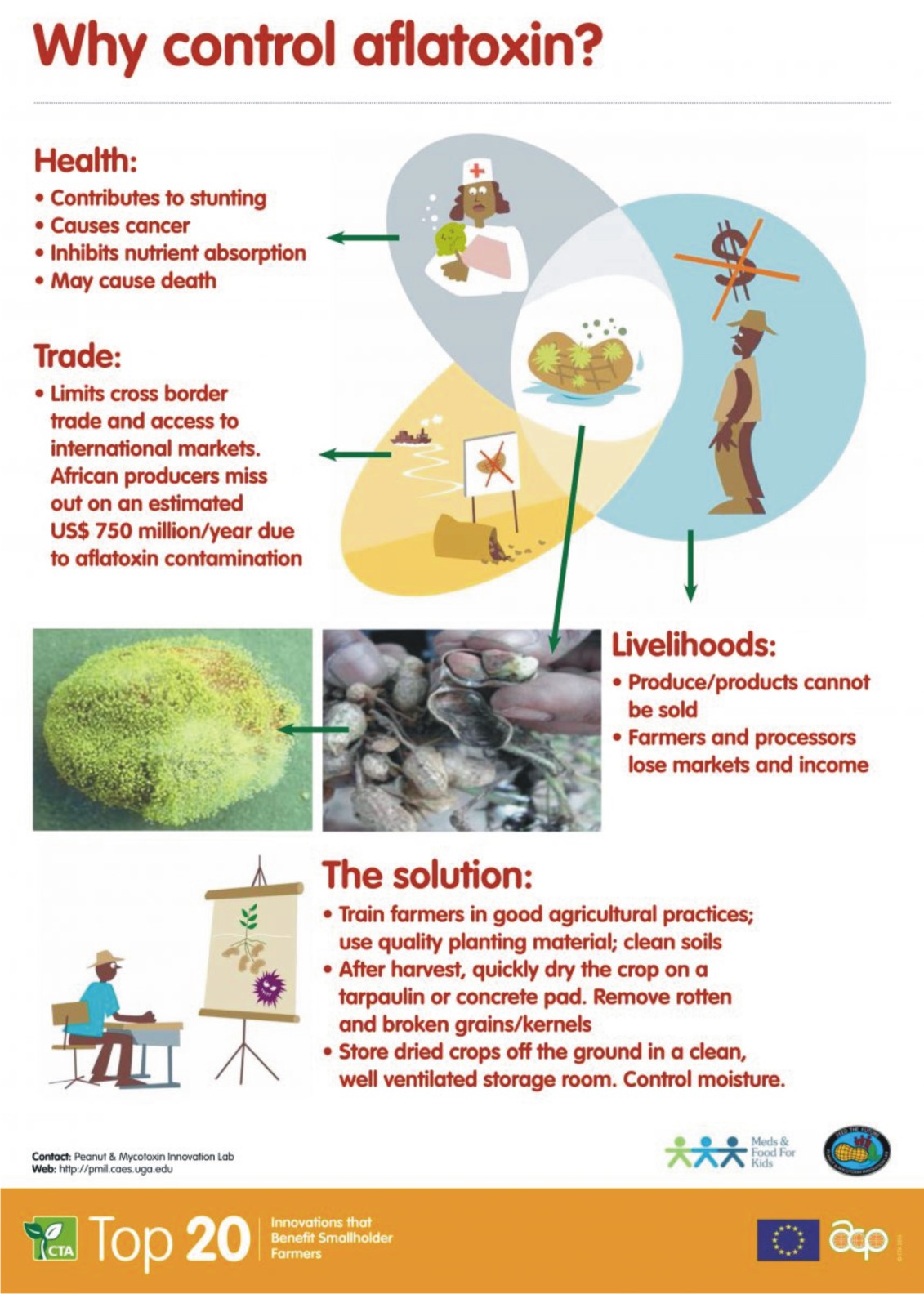 Why ‘Plant Health’ is important in the context of FOOD and NUTRITIONAL SECURITY?
As mentioned above, animal and human health is closely linked to plant health because what happens on the farm impacts the entire food value chain stakeholders. For example, if plant health is not maintained optimally, pests and diseases can eat into the harvest in a big way and cause losses to the farmers. This would affect their ability to afford quality and nutritious food and might lead to malnourishment and huge loss at the national level due to lost productivity.
Further, toxin-laden food, say corn,would be unfit for animal feed or human consumption and without adequate alternatives,millions of people who consume corn as staple food will get deprived of. On the other hand, this would push up the costs of substitutes such as wheat or sorghum making nutritious food unaffordable particularly for the poor and underprivileged sections of the society. This does not only affect diet diversity but also puts huge pressure on balancing nutritional requirements. At the macro level, this has huge implications for the governments and policy makers who must be concerned about economic loss due to poor health and low productivity. In extreme cases, the governments may struggle to arrange alternate sources of nutrition due to limitations in production and trade during acute shortages.
Why ‘Plant Health’ is critical in the context of FOOD SAFETY?
Food safety has emerged one of the most critical parameter in the food industry in the recent years as consumers globally are becoming increasingly concerned about various issues such as contamination, presence of chemical residues etc.,.
As mentioned above, aflatoxins are but just one example of many types of toxic substances originating from the farm when plant health is not given its due importance. For instance, Ochratoxin A and Fumonisins are produced by Aspergillus sp and Fusarium sp fungi, respectively, on several crops. When passed on to humans through meat or milk, these toxins can cause a variety of health issues such as liver damage, immunosuppression, cancers and stunting. Aflatoxin contamination of food might even erupt into an enormous public health challenge and lead to several long-lasting socio-economic impacts, if not controlled at the farm level appropriately.
How’Plant Health’ is relevant to the ‘ONE HEALTH’ paradigm?
From the above example of flow of aflatoxins in the food chain, it becomes obvious that human health depends greatly on animal health (and welfare), which in turn depends hugely upon health of the plants. Thus, it must be understood by all the stakeholders in the food chain that weeds, pests and diseases cause not only losses in terms of quantity but can also affect quality of food. Managing food-borne diseases becomes a great public health challenge (e.g. Salmonella contamination). Scientific evidence is accumulating around the hypothesis that Salmonella can have plants as alternative hosts (by suppressing the immunity) and can travel further in the food chain. Besides health, the economic impact of such contamination and subsequent product recalls are indeed, enormous. Hence, plant health must be construed as one of the keypillars of ‘ONE HEALTH’ paradigm.
How does the issue of ‘Plant Health’ affect different food chain entities?
Firstly, farmers, particularly for those that are engaged in exporting their produce, rejection of export consignments (of contaminated foods) may cause huge losses and also affects their reputation and reliability as suppliers if they are engaged in contract farming with export marketing companies. The same applies for the companies that are engaged in sourcing farm produce from the farmers and exporting them as they will lose their credibility and potential future businesses in their import markets.
For food processing companies, it can cause potential losses in many ways. First and foremost, their reputation and brand image are at stake when their products manufactured using the primary agricultural commodities found to be contaminated with disease causing organisms carried from the farm. This will have far reaching effects on its business prospects in a country, region and possibly globally also. Secondly, they may face legal action according to the laws pertaining to food safety and quality. Further, product recalls, if mandatory, lead to significant loss of revenues and can impact their profits greatly.
Concerned domestic consumers may blame the Governments for their inability to control the public health disasters and also the discriminatory standards in implementing food quality legislations between exports vis-a-vis domestic consumption.
Further, the issue impacts the image and reputation of a country particularly when it aspires to become a reliable food export hub and may result in reduced international trade prospects and foreign exchange earnings. It will negatively impact job creation and may potentially lead to economic distress due to unemployment and other related social issues. Some opportunist groups may even try to sensationalize the issues beyond proportions to incite fear and outrage among the general public leading to social unrest.
by Raghavan Sampathkumar, Indofil Industries Limited