The government has discontinued the payment of subsidies for the import of animal feed premixes—vitamins, minerals, trace elements and other nutritional additives—used to prepare animal feed, Chairman of Iran Feed Industry Association Majid Movafeq Qadirly said.
It has instead called on importers to meet their foreign currency requirements from the export earnings of non-oil products (petrochemicals, steel and minerals) traded through the so-called secondary FX market where exchange rates are closer to the free market rates.
“Importers of corn, barley and soybean meal can receive subsidized US dollar at the rate of 42,000 rials. The government is giving the subsidies in driblets, though. Importers are taking risks and they don’t see a bright future,” he said in a report.
He said animal feed prices in the Iranian market are twice as much as regulated prices.
After the Iranian national currency decreased in value in early 2017, the government introduced rules like banning the import of non-essential goods, especially those produced inside the country.
According to State Livestock Affairs Logistics, a company associated with Iran’s agriculture ministry, more than 1.8 million tons of raw materials used for animal feed entered the country through ports for distribution among producers from March 20 to May 20.
Import data
A report from the Animal and Poultry Feed Importers Association said 866,570 tons of animal feed worth US$253 million were imported into the country from March 20 to April 19, showing a 6% and 7% decrease in weight and value, respectively, compared with the similar period of last year.
More than 166,620 tons of barley worth US$41.4 million were imported over the period – a 14% and 21% year-on-year decline, respectively.
About 430,220 tons of corn worth US$104.62 million were imported, a 14% and 15% decline, respectively, year over year.
A total of 269,730 tons of oilcake worth $106.99 million were imported during the same period, an increase of 18% and 9%, respectively, compared with the corresponding period of last year.
Iran’s economy has recently been affected by the novel coronavirus (COVID-19) pandemic, which hit the country hard beginning in February. 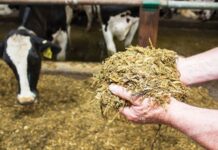 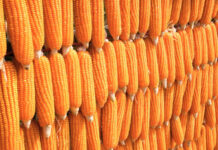 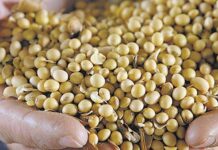