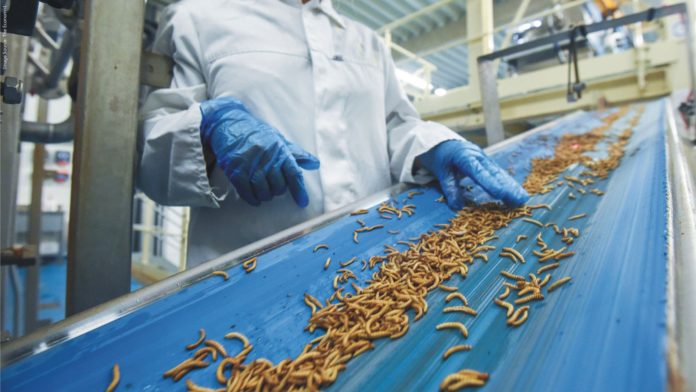 Introduction
Protein sources are second largest component of Poultry diets. Due to limited distribution and expensive nature, usually Poultry is depriving of a rich protein source. Soya bean seed is the premier protein source followed by Fishmeal used by poultry industry. Seeds are rarely used, rather the residue after oil extraction i.e., Soya bean meal (SBM) is usually fed to poultry. Owing to limited no. of producers and demand, the price of SBM is high and tends to fluctuate with changes in climatic condition. Similarly, Fishmeal is based on fish cultivated in aquaculture or marine fish. Due to overgrowing population and scarce conventional protein sources, it is the need of the hour to shift the focus towards identifying alternative protein sources. Insect protein is one of the very apt alternate protein sources that can be explored and brought in usage for poultry industry.
Finding Alternative Source
Due to overgrowing population and developing industries, justby relying on traditional sources such as Soya bean meal, Fishmeal would make the sources scarce and expensivein near future. Therefore it seems indispensableto consider alternative protein sources to fully or  partially replace the conventional sources in poultry feed, Generally, a product fits in the category of competent alternative protein substituent in poultry if it is in good supply, reasonably priced and has proper nutrition level. However there is some nutritional and technical consideration that determines the competence.

Insect meal fulfilling these aspects stands out to be the very next alternate solution for scarce conventional protein sources.
What is Insect Meal?
Insects being used as an alternative protein source for poultry and aqua industries. Insects are either fed as a whole or processed such as in powdery form, either fed as fresh or dried. Insect meal is being a great startup for entrepreneurs where protein and fat is extracted from insects and processed. E.g., INSECTFii, a company piloting in India uses Black soldier fly larva and convert organic waste that is obtained from urban areas into high value insect protein, that replaces water and climate intensive plant protein as well as over harvested and depleting fish protein used in animal feed. next Protein is a company that produces insect-based protein for animal feed stocks in order to develop sustainability in agriculture and tackle resource scarcity. 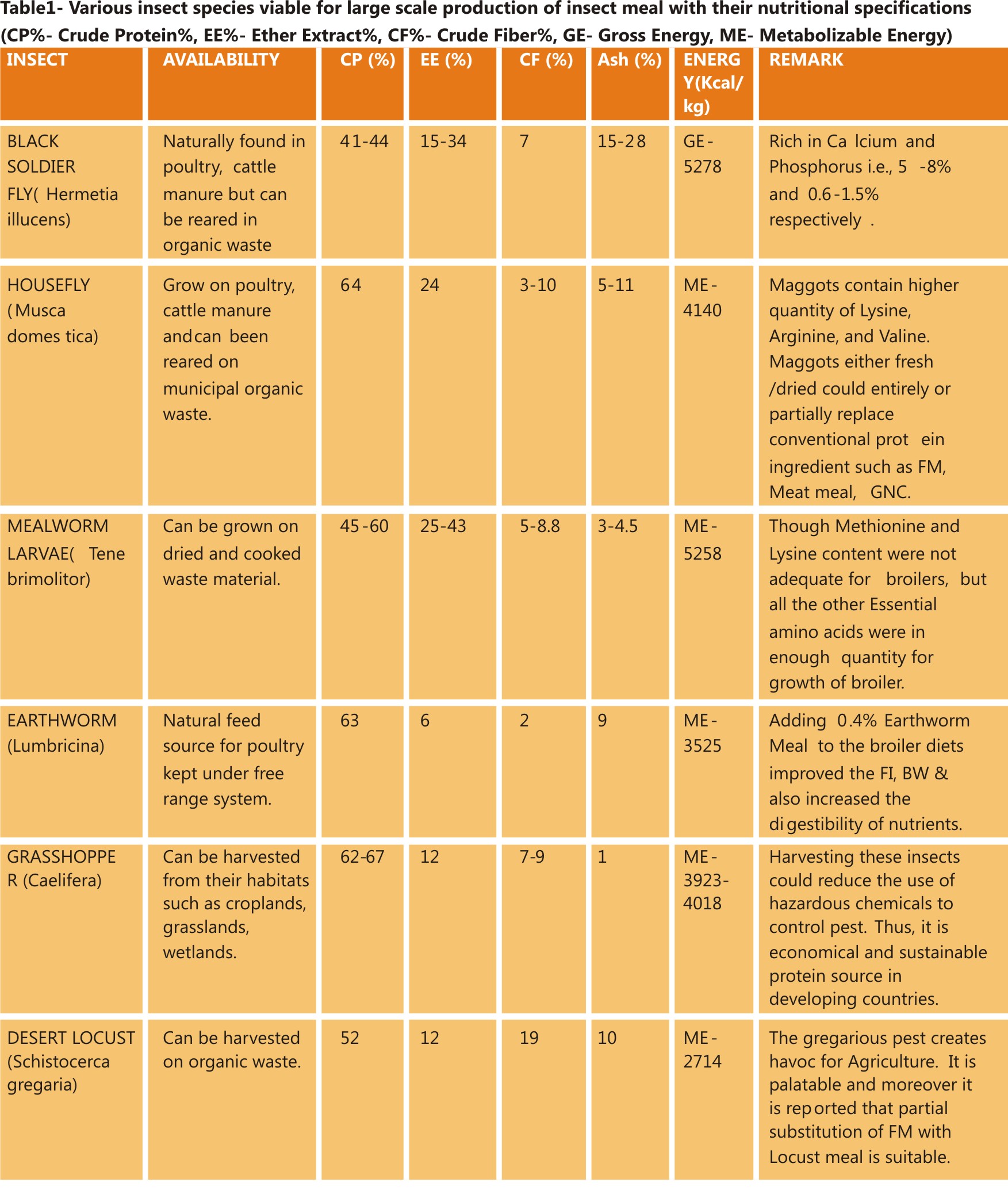 Insect Protein- A Sustainable Alternative Protein
Fly larvae can be reared on a wide range of wastes and byproduct, offering a way of recovering values from material that  may traditionally be disposed of by Agriculture and food industries. Moreover, as far as environmental impact of insect industry is concerned, compared to Fishmeal production, Housefly and Black soldier fly production have shown favorable results regarding impacts on fossil fuel depletion, Freshwater and marine eutrophication and ecotoxicity and natural land transformation.
Nutrition composition of insects depends on growth, environmental growing conditions, as well as the life stages. E.g., When Methionine content of housefly larvae grown in Poultry stools, it was found to be higher than that grown in various vegetable residues.  On average, insects can convert 2 Kg of feed into 1 Kg of insect mass, whereas cattle require 8 Kg of feed to produce 1 Kg of body weight gain. Protein levels in insect meal vary between 55%-75% (levels comparable to animal protein i.e., meat and bone meal and fish meal sources). Feed incorporation rates range between 5-40% for aqua and broiler feed. Production of one metric ton of Housefly larval meal replaces .5 metric tons of Fishmeal and .5 metric tons of soyabean meal.
Industrial Scale Production and Process Control
Food waste should be avoided as much as possible in the chain from food production to consumption. However from farm to fork some waste is unavoidable. In rural areas, agricultural by products and wastes from farming will be available while in urban areas it will be from distribution centers and final consumers. This waste can be used to feed insects. The dried insect larvae are then used in chicken feed. In developing countries, poor urban people can collect food waste (usually for free) and use it to farm insects. Smallholder farmers usually depend on external sources for feed, including National & International feed companies which usually cost them expensive. Fly larvae maybe produced locally by smallholder farmers that opens their door to become feed supplier in addition to/ or instead of being feed buyers. This helps in gaining income from producing fly larva as feed component and to improve livelihood and food security of smallholder farmers.   In this way this strategy works at three levels: reduce the disposal of waste in the city, provide cash income opportunities and improve nutrition. This strategy of economical sustainability sooner or later can be developed from ‘hobby style’ to industrial scale and process control. Most companies are exclusively dedicated to insect production and fully integrate all production steps from farming up to delivery of insect meal or oil. A startup can be established by smallholders with limited input to generate insect meal for animal feed and the residue from insect meal cam be used as organic fertilizer for crop production. Insect production by smallholder farmers may both somewhere disconnect them from the conventional external input such as Fishmeal and Soyabean meal based feed as well as connect them to local economies by selling insects to local livestock farmers as well as feed millers.

Thus insect rearing and farming proves to be an economical pavement and moreover should be explored for new employment and revenue generation.
Conclusion
International Feed Industry Federation (IFIF 2016) predicts that livestock production will get doubled by 2050. Therefore in order to meet future requirement, need of hour is to explore new protein sources. Poultry that have access to outdoor areas voluntarily pick and eat insects which clearly indicate that they are evolutionarily adapted to insects as a natural part of their diet. Production of fly larvae is based on waste streams as input. Usually the waste streams ends up in landfills leading to environmental damage. Producing insect for feed yields a residue after harvesting the larvae that can be used as fertilizer. Thus, insect meal production proves to be an economical employment option with eco friendly trait that should be explored. Due to high nutritive value and ubiquitous presence, insects are potential sustainable feed resources in poultry nutrition. Value of insects as feed component not only improves livelihood of small farmers but also reshapes food system into efficient climate resilient and nutrition driven element of a circular economy. Inclusion of insect meals in poultry diets may lower the cost of feeds, thus resulting to more profit for smallholder poultry production, then why there should be any delay and restriction to open that door and to explore the area.
References are available upon request.
by Dr Pooja Rawal, GBPUAT, Pantnagar 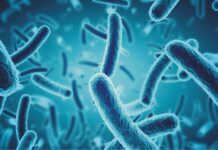 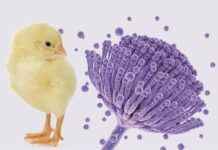 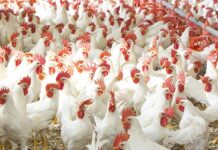