Corn and DDGS prices down in US
While the harvest of corn in US has started in some areas, the price of corn have started to decline as well. The crop condition remains good and 69% in good to excellent condition and is stable for last two weeks now. On last 28th August the Dec corn closed 0.57% lower than last week’s close and was at $152.12 per MT; Sept down 0.55% to $142.98/MT and Mar down 0.58% to $147.63/MT. The premium for Sept FOB price was 0.70 per bushel over Sept contract and for the next three months FOB prices it was ranging between 0.70-0.74 per bushel over Mar contract and the US Gulf (FOB) prices were ranging between 171-177/MT and FOB price at PNW was ranging between $181-186/MT for the period Sept-Dec 2015 delivery, making this prices one of the lowest. Against this Argentine corn was indicated at $152-157/MT and the same for Brazil.

Black Sea corn was indicated at $171-176/MT and French corn at $189-191/MT.
Indian maize situation is a little precarious and even though GOI has predicted no drought (average deficiency until last week was 12%, which is just on the brink), but most of the maize areas in South India particularly have not received much rains and this is evident from the district rainfall map shared by Indian Meteorological Department (IMD) last week. Areas of Telangana and Andhra Pradesh have suffered the most and the seed sales in this area are down by 30 70%. Farmers in many areas have decided to leave the land fallow and will now grow possibly pulses in Rabi and the soil moisture is critical. While farmers who have irrigated land have sown maize, but it is still critical that these farmers will need to use pumps to provide irrigation in the absence of any rains, which is likely to increase the cost of production of maize in the areas. In many areas the crop is stunted and is not likely to give much production. The new crop is likely to be delayed by at least three weeks and supplies will be slow.
Overall prices are moving up, especially in the maize production areas and Nizamabad, price were up by 1.61% to Rs.14991/MT; Davangere up 2.15% to Rs.15450/MT; Sangli up at Rs.17000/MT and Gulabbagh up by 1.59% to Rs.14240/MT. Future price too have been moving up, Sept up 2.53% to Rs.13720/MT; Oct up 0.72% to Rs.13910/MT, Nov stable at Rs.13560/MT and Dec at Rs.13400/MT.
Low corn prices in the US have made sure DDGS prices are toned down and it makes sense to use DDGS as a source of protein and energy to the extent possible in poultry, dairy and aqua feeds. Prices have been indicated at $197/MT (FOB US Gulf) and $194/MT (FOB PNW) and the delivered prices to Vietnam and China were indicated at $257/MT and $234/MT respectively.
Over the last couple of weeks the freight rates have remained more or less stable and the benchmark US Gulf Japan rates are indicated at $36/MT; US PNW-Japan at $19/MT. US Gulf-China at $33.5/MT and PNW-China at $18/MT. Argentina-Brazil to China freight rates have been indicated in the range of $25- $33.5 depending on the destination and discharge rate. 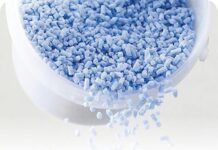 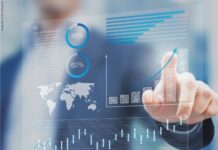 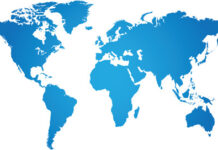