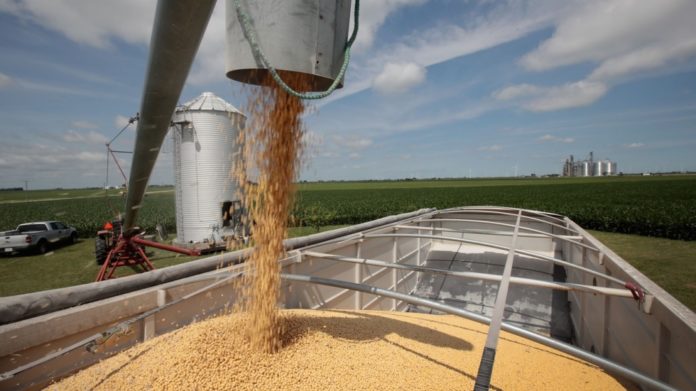 A thaw in trade relations between Washington and Beijing may have brought cheer to global investors, but it has dampened hope of Indian exporters wanting to cash in on China’s voracious appetite for oilmeals.
“We were earlier expecting to export a big quantity of soymeal and mustard meal to China, to take advantage of its clashes with the US over import tariffs. After the truce, chances are bleak that China would buy oilmeal from India in big quantities,” Soybean Processors Association of India President Davish Jain said.
China, the world’s largest consumer and importer of oilseeds, needs a whopping 100 mlntn soymeal a year to feed its mammoth poultry and livestock populations.
About 40% of China’s soybean demand was met by the US before trade tensions between the two countries escalated and Beijing imposed a 25% retaliatory tariff on US soybeans, effective March.
The tariffs made US soybeans unviable for Chinese buyers, and their demand was expected to shift to Brazil and Argentina.
Indian traders too hoped to benefit following the near halt in US exports to China, and re-start sale of mustard meal and soymeal to the latter.
The truce between the US and China, however, may put a spanner in these export plans, traders and market insiders said.
US President Donald Trump and Chinese President Xi Jinping, on the sidelines of a G-20 summit in Argentina over the weekend, shook hands on a 90-day truce, agreeing not to impose additional tariffs on products traded bilaterally.
“China has agreed to start purchasing agricultural products from our farmers immediately,” the White House said in a statement, sending global soybean prices soaring.
Though Beijing’s 25% tariff on US soybeans remains, there is talk that China will buy US soybeans that were left stranded on high seas after the import tariff was imposed.
It may even pick up US soybean at higher prices, which could put its import of oilseeds and oilmeals from other destinations on hold for a while.
For Indian traders, hoping to sell at least 500,000 tn each of mustard meal and soymeal to China, the truce does not bode well.
“It’s (the truce) not only a jolt to India but also to Argentina and Brazil which were becoming an alternative for US soybeans during the trade war,” Sandeep Bajoria, chief executive of the Sunvin Group said.
China could have been an “extremely big market” for Indian oilmeals in the absence of the US, accounting for nearly a fourth of India’s total oilmeal export of roughly 3 mlntn a year, traders said.
China used to import 500,000 tn of oilmeals from India till early 2012, but then stopped due to concerns over quality.
Indian meal had traces of green malachite, a dye used for printing on jute bags and is considered toxic to humans.
After a gap of six years, China eased its ban on import of Indian mustard meal, and was expected to review curbs on Indian soymeal as well, in a bid to explore new markets to offset a deficit in imports from the US after the trade spat.
A delegation from China is scheduled to inspect soymeal units in India on Dec 18 before deciding on whether to lift the ban on soymeal imports from India.
However, despite the visit of the delegation, it is unlikely that China will now move swiftly to lift the ban on Indian soymeal imports, SOPA’s Jain said. It may take at least 2-3 months for any further development on the issue, he said.
Traders, however, have not lost all hope yet.
“Doors are still open (for export of Indian oilmeals to China), but as not as wide as were initially,” Bajoria said.
“There are better chances of selling mustard meal to China than soymeal. China does not have a good option but India for mustard meal imports,” Solvent Extractors’ Association of India Executive Director B.V. Mehta said.
Source: Cogenics workstation 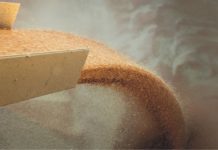