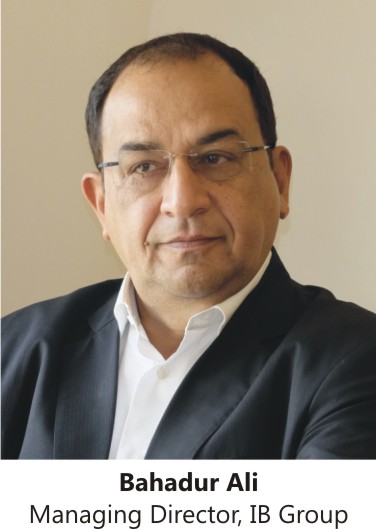 Please share a brief on your journey started 35 years ago with a Poultry farm to today being an acknowledged conglomerate? How the industry has changed since then?
It started relatively small but the vision of making chicken affordable to the consumers kept our passion growing. During the growing phase it was realized that in Central India, there was a huge gap in the supply of broiler chickens against the growing demand. After stepping in Nagpur, we realized the scope of it when the entire stock of 300 chickens was sold out on the very first day of opening.
We invested more inland, chickens and chicken feed whereas outsourced transportation. By 1996 the production capacity had reached to 40000 chickens per month and turnover had increased to 5 crores. Later in November 1996, I happened to visit the World Poultry Congress at Pragati Maidan in New Delhi. I was deeply motivated by a foreign consultant who recommended a cost-effective road map to do business. We invested in the best available technology and manpower. By 1997 the production was doubled & the concept of Environmentally Controlled (EC) Houses was also introduced.
Over the years, we conceived the importance of quality feed for birds for better growth and performance, best FCR and higher profitability of farmers. Hence soon decided to produce own feed and entered into the feed business, which was another turning point. A 250-ton refinery was set up. By 2005 the business expanded by 25-30% year on year, taking its revenue to 200 crores. In 2008, the concept of extruded fish feed was introduced by the group and ABIS Fish Feed was launched. By 2013, the turnover crossed 2200 crore, with more than 50 lakh birds produced in farms spread over 30 sq. km. Today we have diversified the line of business to the production of poultry, fish feed, shrimp feed, dairy products, specialized pet food, edible oils, and hospitality.
Presently, IB Group is producing 1.5 M MT of feed i.e. ~4% of India’s total feed production. What are the expansion plans of the group for the Indian and export market?
Today IB Group is present in all 28 states whereas our feed business is spread across 26 states. Besides we are soon to launch new state-of-the-art feed plants in Punjab, Bihar, and Karnataka to meet the increasing demand for quality feed. These areas have good potential for giving opportunities to generate employment and harness the positive talent of the youth in these states. I firmly believe that the feed industry is a major pillar for taking poultry (protein) business forward. The business expansion will not only give the youth of the states an opportunity to learn the latest global technology but also develop an ancillary business around our core business.
Feed ingredients are the most unpredictable input cost for animal feed and since the last decade, the Indian soybean yield is almost stagnant while the demand is constantly growing. What according to you can be the way forward for sustainable feed industry?
At present soybean is accounting for over 45-50% of the area under Kharif crop. However, the area is limited to central India – Vidarbha (Maharashtra), Madhya Pradesh, parts of Chhattisgarh, Karnataka, and Rajasthan. The non-GM seed and old farming practices in the country does not produce a yield of more than 1.5 MT per hectare, which is way below the crop yield in the US, Brazil, and Argentina, the major exporting countries globally due to their modern farming practices. My suggestion to the government is to invest in our country’s seed R&D infrastructure and run farmer-based programmes through FPOs and seed companies to support and encourage soya farming to utilize their agriculture lands for a better profitable crop. As soya is the best protein source for the livestock industry and the growing demand of animal protein requirement would need better crop yields to meet the future demands.
Agriculture is one of the least digitized major industries. How do you see digitization impacting the poultry and livestock industry? What are the plans of the group in adopting this trend?
IB Group has been setting the benchmarks for adopting technology and digitalization at every stage in vertically integrated poultry business. As per my understanding without the use of technology, we will be left far behind so we started using technology in the business from a very early point and proud to have one of the leading technologically advanced feed plants of Asia. With the use of technology in the state-of-the-art hatcheries and farms, R&D centres and dedicated field force we keep an edge in our business. I really admire the young generation being motivated by the use of technology and the previous generation continuously learning and adopting digitalization and technology in their day-to-day work. We are also trying to embark our experience and learnings to the associated farmers.
You have introduced PARIVATAN initiative, please share a brief on the same.
We have launched a campaign called ‘Parivartan’ for the socio-economic development of its farmers, with a goal to double poultry farmer’s income under this initiative. To realize this goal, we are providing the latest global technology to the farmers. Even the poultry farmers of small and financially weaker neighboring countries like Pakistan, Bangladesh, Nepal, and Sri Lanka are using modern poultry technology. But in the past 25 years, I have not seen any large poultry company in India that has contributed and upgraded the small poultry farmers and hence increased the income of such farmers of the country.
It is my dream that Indian poultry farmers should match the standards of poultry farmers of Europe and America. Therefore, the Parivartan initiative with our Integration farmers provides a 40 percent subsidy on the up-gradation cost. The subsidy of INR 15 crores is already given to poultry farmers. This move of IB group has brought positive changes in the lives of thousands of poultry farmers in 26 states. The farmers have also experienced the change and its positive impact on their life. Hence, more farmers are coming forward and joining hands with IB Group. 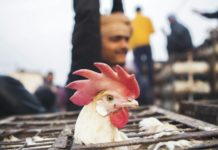 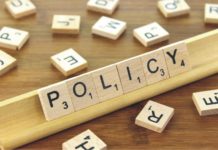