Waste from the wine industry is being developed into aquaculture feed with highly promising results.
The South Australian Research and Development Institute (SARDI) has partnered with Tarac Technologies to work on the project. The research has so far produced a cheaper, better performing food source for the farmed abalone industry made from grape marc.
Steam distilled grape marc, registered as Acti-Meal, is the heat-treated skins, pulp, seeds, and stems of grapes left over after wine is made. Once known as a waste product, turning grape marc into a range of value added products ranging from grape spirit to stock feed, grape seed extract, grape seed oil and soil improvers.
During the three-month lab trial at a water temperature of 22°C, greenlip abalone fed on a experimental formulated diet containing 5-20 per cent Acti-Meal improved the growth performance and feed utilisation of juvenile greenlip abalone compared to a commercial diet.
The abalone on the grape marc diet showed a 6 per cent improvement in biomass gain and a 2.9 per cent increase in shell growth rate compared with abalone fed on a commercial diet.
The grape marc-fed abalone also outperformed the other abalone in Food Conversion Ratio in the trial, which is the amount of food given compared with the amount of weight gained.
The commercial feed returned a ratio of 0.81 grams of feed per gram of growth while just 0.67 grams of the feed containing 20 per cent grape marc was required per gram of growth.
SARDI Nutrition and Feed Technology Associate Professor David Stone said cereals such as wheat, lupins and soy were traditionally used as a carbohydrate and energy source in commercial abalone feed. He said the Acti-Meal had the potential to replace some of those ingredients.
“If we get a good result on the farm, all of the feed companies and the growers will know about it within a couple of months and when we show them the results they’ll wonder where they get the stuff from,” Assoc Prof Stone said.
According to the Journal of Shellfish, there was a global production of 129,000 metric tons of farmed abalone in 2015 compared with just 6500mt of wild-caught abalone. Of the farmed production, 115,000mt came from China while Korea was the next biggest producer with 9400mt. Australia farmed 900mt of abalone in 2015 but is one of the world’s biggest wild-catch abalone fisheries.
Assoc Prof Stone said one of the major challenges facing aquaculture was finding sustainable food sources that minimised the use of marine ingredients. He said using a waste product such as steam distilled grape marc went part of the way to achieving this.
Source: .foodingredientsfirst.com 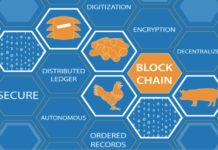 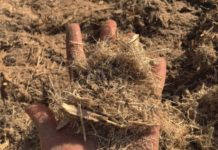 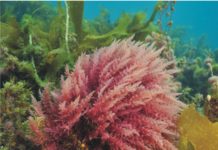