The increased cost of conventional grains is a major concern for poultry industry which is facing challenges in producing quality animal products at reasonable price for consumers. With about 70% of the cost of poultry production accounting for feed costs, industry is seeking new affordable feed ingredients. Hence there is an urgent need of focusing research and extension efforts towards the potential utilisation of energy and proteins from several grain by-products, which can provide cheaper alternative feed resources with a reasonably higher nutritive values.

In present situation, Distillers Dried Grains with Solubles (DDGS) presents a viable and cost-effective alternative supplementing both protein as well as energy to the feed industry. DDGS is a co-product of ethanol production plants that use grain for ethanol manufacture. During the yeast fermentation in ethanol manufacturing plants, grain is ground, mixed with water, cooked and the liquefied starch from this process is hydrolysed and fermented to produce ethanol and CO2. As a result the non-fermentable components of this process which are rich in essential nutrients such as crude protein, crude fibre, available phosphorous, unsaturated fatty acids and essential amino acids are recovered in a highly concentrated form as Distillers Dried Grains with Solubles. Thus, cereal grain used for ethanol manufacture yields about one-third ethanol, one-third CO2, and one third DDGS.
Although distillers dried grains is being used worldwide by poultry industry for some time, DDGS has taken its place more recently in India. Its inclusion in poultry feed is proving multi-benificial in terms of improving animal health, animal performance, and food product quality.
Nutrient Composition
The variability in nutrient content and digestibility among DDGS sources can be a challenge when determining economic and feeding value for livestock and poultry. However, new nutritional “tools” have been developed, including metabolizable energy (ME) prediction equations for DDGS as well as chemical procedures for estimating digestible amino acid content.
Laboratory analysis of feed ingredients, including DDGS, is important to verify that guaranteed nutritional specifications are met, to determine nutrient composition for accurate feed formulation, and to determine the presence and concentration of any potential contaminants.
Mycotoxins in DDGS
Like many grain-based feed ingredients, DDGS may contain amounts of mycotoxins that can negatively affect animal performance. Mold growth and mycotoxin production can be there depending upon the way feed ingredient is stored. Mycotoxins can be present in DDGS if the grain delivered to an ethanol plant is contaminated with the toxin. Mycotoxins are not destroyed during the ethanol production process, nor are they destroyed during the drying process used to produce DDGS. If mycotoxins are present in corn, their concentration in DDGS will be increased by 3 times. It is thus of utmost importance that grain intended for bio-ethanol production is free of mycotoxins before processing. There are also ways to alleviate mycotoxin problems, such as removing damaged grains before they enter the process. Chemical treatments (NaOH, NH4OH, H2O2, NaCl, CH2OH) can also be performed to detoxify mycotoxins in stillage. 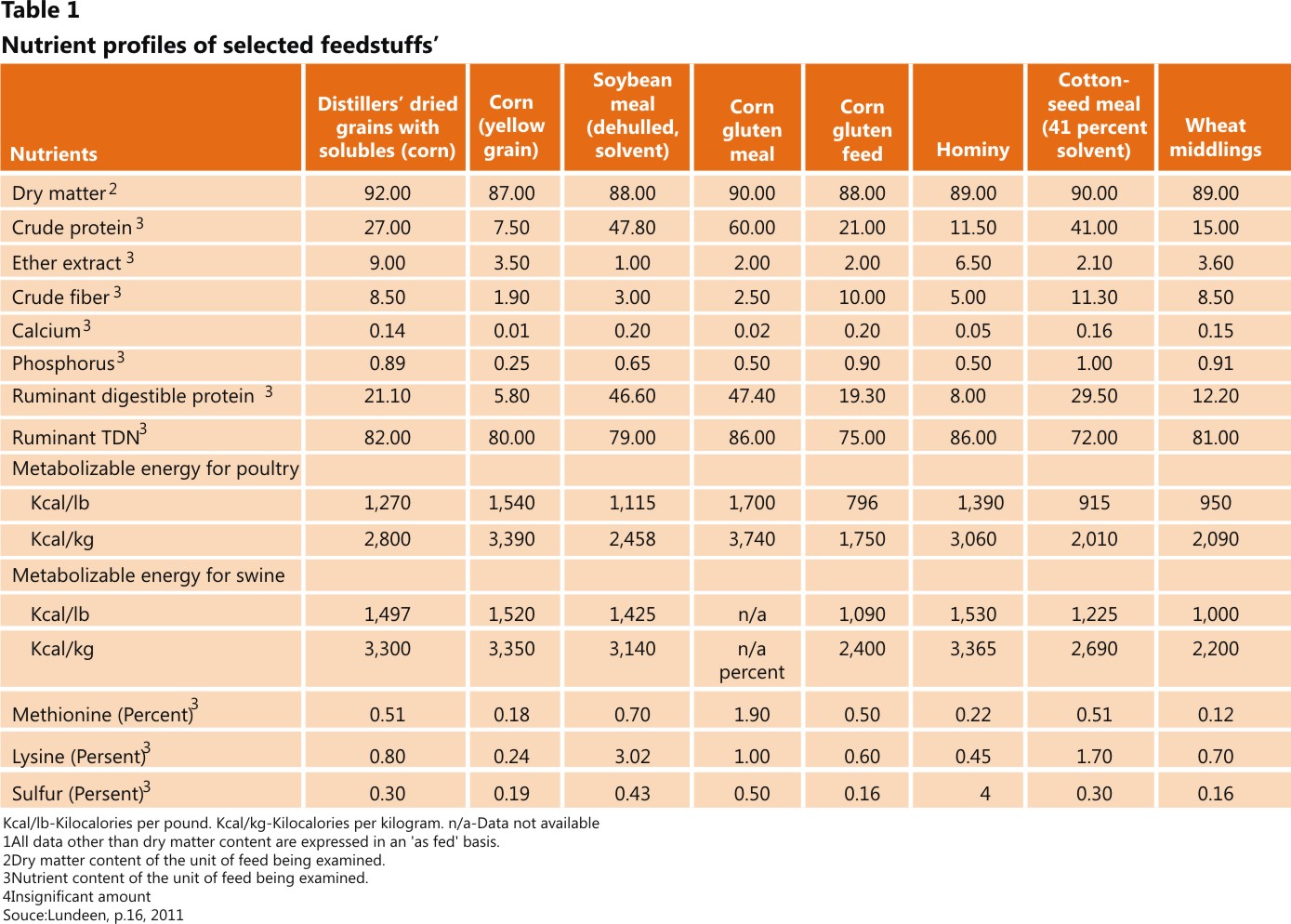 Demand Projections
The above aspects indicate that the situation in the longer run can be unhealthy for the entire feed business. The poultry sector which is growing at 10% is poised to grow at 15 % in next decade. Even at a conservative 12% growth this sector would require huge quantities at normal rate of inclusion-about 25 to 30% in the feed by 2025. As per the data furnished by Economic Times, poultry Sector alone could be consuming about 34 MT tons of Corn, up from its current uses of 9.5 MT and 13 MT of Soya Meal, up from its current usage 4 MT. The gap between demand and supply is going to keep widening and assume alarming proportions, assuming that the Agri growth may come down to below 2% and poultry consumption growth may go up above 12%. This situation will increase the risk of protein loss from feed rations.
Conclusions
Oilseed import in future looks a distinct possibility. With soya and other oilseed crops floundering and India requiring both oil and meal it would make sound commercial sense to import oilseed instead of oil alone. Possibly India will emulate the China example of importing oilseeds. Alternatively, allowing feed industry to import DDGS seems to be a rational solution, among others.