In light if limited literature resources on benefits and future prospects of fermented broiler feed, Sugiharto and Samir Ranjitkar (Diponegoro University, Faculty of Animal & Agriculture Sciences) recently published a review article listing and expatiating current studies and attributes in the use of fermented feed (on the basis of conventional and unconventional feed ingredients)in broilers.
Whilst innovating with any novel ingredient, it may present a challenge wrt anti-nutritional factors, high fibre content etc .as per the authors fermentation might be an answer to this challenge in addition of plethora of many other benefits. Fermentation is the breakdown of complex carbohydrates into simpler ones with help of Micro-organisms&/ enzymes. The products of this breakdown are functional ingredients like lactic acid bacteria (LAB), lactic acid and other organic acids in addition to a feed substrate that is 1) lower the fibre 2) increased crude protein and lipid content, 3) improved vitamin availability, 4)reduced anti-nutritional factors and 5) improved protein solubility and amino acid content. The fermented feed thus with the above-mentioned added values plays pivotal role in leaving a beneficial impact on the poultry in below various ways.
GROWTH PERFORMANCE
Conventional feed ingredients (wheat, soybean, barley and rapeseed etc.) are essentially composed of complex carbohydrates (i.e. polysaccharides) which are extremely tough to be digested by the poultry due to the lack of specific enzymes in their system. Feeding trials done with rapeseed meal fermented with Lactobacillus fermented and Bacillus subtilis, showed improved weight gain and feed conversion ratio (FCR) in broiler chickens. Additionally, Sugiharto and Samir Ranjitkar mention a similar study done on a composite flour (soybean, maize and germinated sorghum) fermented with yeast (Saccharomyces cerevisiae) for 24 h, it was observed that crude protein content increased slightly from 252 to 275 g/kg dry matter. In a nutshell it can be concluded that fermentation enhances digestibility, palatability and nutritional quality of feed ingredients, which if incorporated in poultry diet can considerably be expected to bring down feed costs without debilitating the bird performance. Although a clear mechanism of action is yet to be confirmed but the writers mention, it is suggested that fermented feeds increase intestinal length indices to maintain normal gut microbial ecosystems and improve intestinal morphology (e.g., villus height and villus height to crypt depth [VH:CD] ratio in the duodenum and jejunum). However, there are also a few examples with not the same results. The writers assert “Studies have been performed in different geographical areas of the world with varying environmental conditions, during key rearing period. In accepting this variability, it is therefore difficult to compare these inconsistent and contrasting findings. However, on balance, fermentation appears to be an effective technique in upgrading the nutritional values of unconventional feed ingredients.”
GUT FLORA & IMMUNITY
It is illustrated by the writers that the fermented feed improves villus height and VH:CD ratio, in the jejunum and ileum. In another example Fermented palm kernel cake, it did not affect the intestinal morphology of broiler chickens, but increased intestinal LAB population in chickens.”Missotten et al. (2013) suggested that feeding fermented feed may positively modulate the composition of intestinal bacteria, which in turn prevents excessive inflammatory responses against pathogens in the intestine, resulting in improved histomorphology indices. The lower levels of toxins and antigenic materials found in fermented feed has also been suggested to benefit the intestinal morphology of broiler chickens.” The writers mention that this healthy intestinal morphology resultantly strengthen the immunesystem-“Moreover, fermented feeds have been associated with decreased heterophil to lymphocytes ratios in broilers (Kim and Kang, 2016). This observation suggested that fermented feeds alleviated oxidative stress in chickens, which could lead to immuno suppression (Sugiharto et al., 2016c).”
SYNOPSYS
Despite the variability of the study conducted, the writers highlight fermentation to be an effective technique in upgrading the nutritional values of unconventional feed ingredients (along with benefitting the poultry eventually).This could decrease feed costs in developing countries. While this review by the writers does manage to be an initiator, additional and more exhaustive studies and research are the need of the hour to pave the way for future.
Source: Science Direct 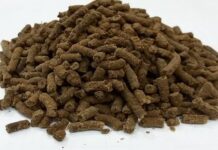 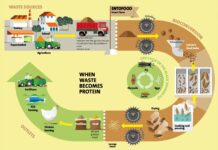 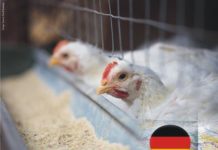