Liu Yonghao of New Hope Group, one of China’s largest animal feed producers, says a trade war can be damaging for both countries and hopes that the dispute can be resolved through negotiations
China’s animal feed industry can absorb the shock of a 25 per cent additional tariff by diversifying its sources, raising domestic output and changing the feed’s formula, according to the chief of one of the country’s largest animal feed producers.
Liu Yonghao, chairman and founder of New Hope Group, said his company and the wider Chinese animal feed industry can import more soybeans from Brazil, Russia, India and Argentina if the tariff is slapped on US soybeans, which will render its import uneconomical.
“A trade war is bad for both China and the US,” he said in an interview on the sidelines of the Boao Forum recently. “China imports a third of its soybeans from the US and we want to maintain friendly relations with our US farmer friends, we hope negotiations will result in a win-win resolution.”
Recently Beijing unveiled plans to slap an extra 25 per cent tariff on a range of goods it imports from the US, including soybeans, cars and aircraft, as the world’s two largest economies edge ever closer towards an all-out trade war.
China imported some 60 per cent of all soybeans traded globally, buying just over half its needs or some 51 million tonnes from Brazil last year and 33 million tonnes from the US.
China’s total import of the bean, which is processed into cooking oil and animal feed ingredients, amounted to over US$12 billion last year.
Brazil first overtook the US as the top supplier to China in 2012, according to Reuters, as the South American nation – whose domestic market is limited – offered attractive prices for its beans that contains higher protein content than the US variety.
The 35-year-old company produces some 20 million tonnes of animal feed, processes 1.3 billion chickens and eight million pigs a year, according to its website.
Having built or invested in 40 livestock and aquatic animal feed production facilities across 20 nations, the privately-owned company recorded 61.5 billion yuan (US$9.7 billion) of sales in 2015, generated by over 60,000 employees.
Its overseas units span four nations in South Asia, seven in Southeast Asia, and Russia, Poland, Turkey, Egypt and South Africa.
In 2015, New Hope bought a 20 per cent stake in Chicago-based Lasing Trade Group, one of the largest animal feed merchandisers in the US, which also trades other grains-derived and energy commodities.
Asked if rising protectionism and scrutiny of Chinese acquisition of US assets would discourage New Hope from pursuing acquisitions in the US, Liu said he believes the agricultural sector is not among the most sensitive sectors that will attract a lot of scrutiny on US national security concerns.
Source: SCMP 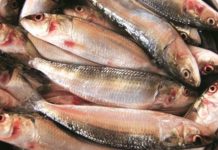 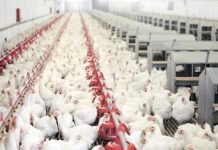 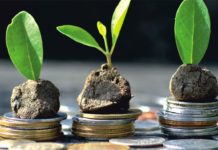