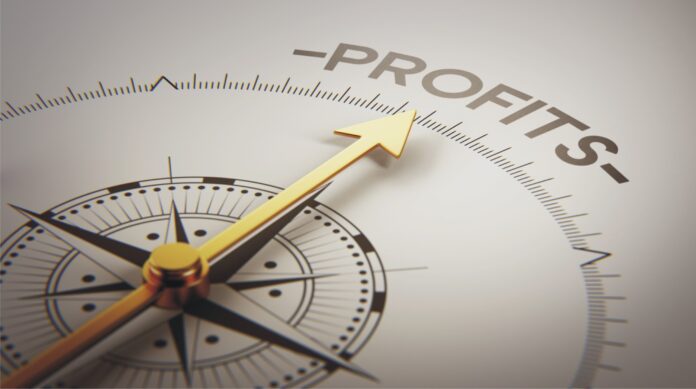 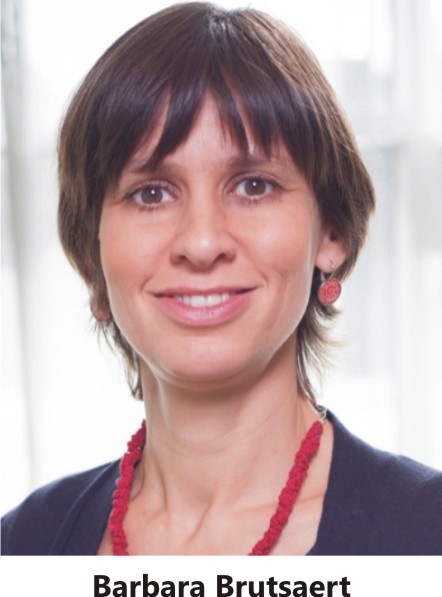 From guarding against African Swine outbreaks on farms to protecting against COVID-19 outbreaks in meat packing plants, biosecurity and sanitation measures have recently been in the spotlight. Yet a long-running health concern for livestock producers continues to pose a threat to animal performance, producer economics and ultimately human health – antimicrobial resistance.
The risk posed by rising rates of antimicrobial resistance is prompting legislative bodies around the globe to enact restrictions on the use of antibiotics for non-therapeutic purposes. The severity of the AMR threat is made clear by aUN Adhoc Interagency Coordinating Group on Antimicrobial Resistance report warning that drug-resistant diseases could cause 10 million deaths by 2050.
Despite the grim numbers, encouraging progress is being made when it comes to livestock production. Governments such as the Netherlands have worked with commercial farmers to achieve dramatic reductions in antimicrobial use while maintaining productivity and economics. Understanding the issues at stake is an important first step in meeting the challenge.
In this article, the author shares insights that would help frame the challenge as leaders seek to meet rising demand for protein production while protecting animal health and producer economics.
Connection between antibiotic use in livestock production and human levels of AMR
Evidence reveals a correlation between lower antibiotic levels used in food-producing animals and a reduction of AMR bacteria in these animals. This evidence also holds true for humans in direct contact with animals, such as farmers. Limited data prohibits extrapolating solid conclusions, but research into the mechanisms of AMR suggest AMR bacteria may spread from animals to their environment and to humans. Such insights led the World Health Organization (WHO) in 2017 to recommend farmers stop using antimicrobials for growth promotion purposes and prevention of disease not clinically diagnosed.
Antibiotics such as ionophoresuse to control coccidiosis
Though they are classified as antibiotics, ionophores are typically not used in human medicine. They are often addressed separately with regards to reducing antimicrobial use in poultry production. This practice alludes to the economic significance and animal welfare implications coccidiosis presents, both as a specific condition and as a predisposing factor for other challenges such as necrotic enteritis. Vaccinating birds with virulent or attenuated live strains of coccidia is increasing becoming an alternative to ionophores in many regions of the world. But vaccines are not foolproof as vaccination is more complex and prone to management mistakes. This complexity helps explain to some extent the variations seen in vaccine effectiveness. In addition, vaccination tends to be more expensive than anti-coccidial approaches for treatment of coccidiosis. This depends on the type of vaccine registered (virulent or attenuated live strains) as well as the degree of necrotic enteritis that is otherwise, as a side effect, managed with ionophores.
Ionophores are deemed not important in human health care. As such, resistance against ionophores is not relevant to human health. This observation raises the question as to why the U.S. FDA, for example, includes ionophores in its definition of antibiotics used in livestock production. It is important to note that ionophores are by definition, antibiotics. In addition to their effect on coccidia, ionophores also exert an effect on Clostridium bacteria. Then there is the issue of consumer trust to take into account. The practice of not labeling ionophores as antibiotics could potentially lead to consumer confusion and undermine trust in programs such as “raised without antibiotics” or “no antibiotics ever”. Lastly, it cannot be ruled out that resistance to ionophores could induce cross-resistance to interventions used in human health care –although there is no substantiating proof and this occurrence is deemed highly unlikely.
Practice of antibiotic use in poultry production
There is little global quantitative data on antibiotic use in livestock to inform estimates. Statistical models have been built by Van Boeckel et al. (2015) based on livestock densities, projection of market demand for meat and estimates of antimicrobial consumption in high-income countries to model global use of antibiotics. These models looked at patterns for 2010 and 2030 across various species. Looking at 2010, the models estimated the global average annual consumption of antimicrobials per kilogram of animal was 45 mg/kg, 148 mg/kg and 172 mg/kg for cattle, chicken and pigs, respectively (Figure 1).
Projection of antimicrobial use in livestock production
Looking at global food production, consumption of antimicrobials is projected to increase 67% by 2030 compared to 2010 levels. Asia is a key region and the continent is projected to reach 51,851 tons by 2030, representing 82% of global antimicrobial consumption in 2010. More dramatic increases in antimicrobial consumption in some regions compared to others can largely be attributed to a shift toward more intensive production systems as well as more demand for animal protein caused by rising population and income growth in these regions. Figure 2 depicts projected increased growth in demand for poultry meat from 2000 to 2030.

Legislation supporting antibiotic-reduction initiatives is being proposed and enacted by governments around the globe. The European Union (EU)has emerged as a leader in efforts to reduce antibiotics. For example, in the Netherlands, antibiotic susceptibility testing is mandatory when prescribing third choice, critically important antibiotics. The EU is taking steps to prohibit prophylactic group treatment of animals. And the U.S. Veterinary Feed 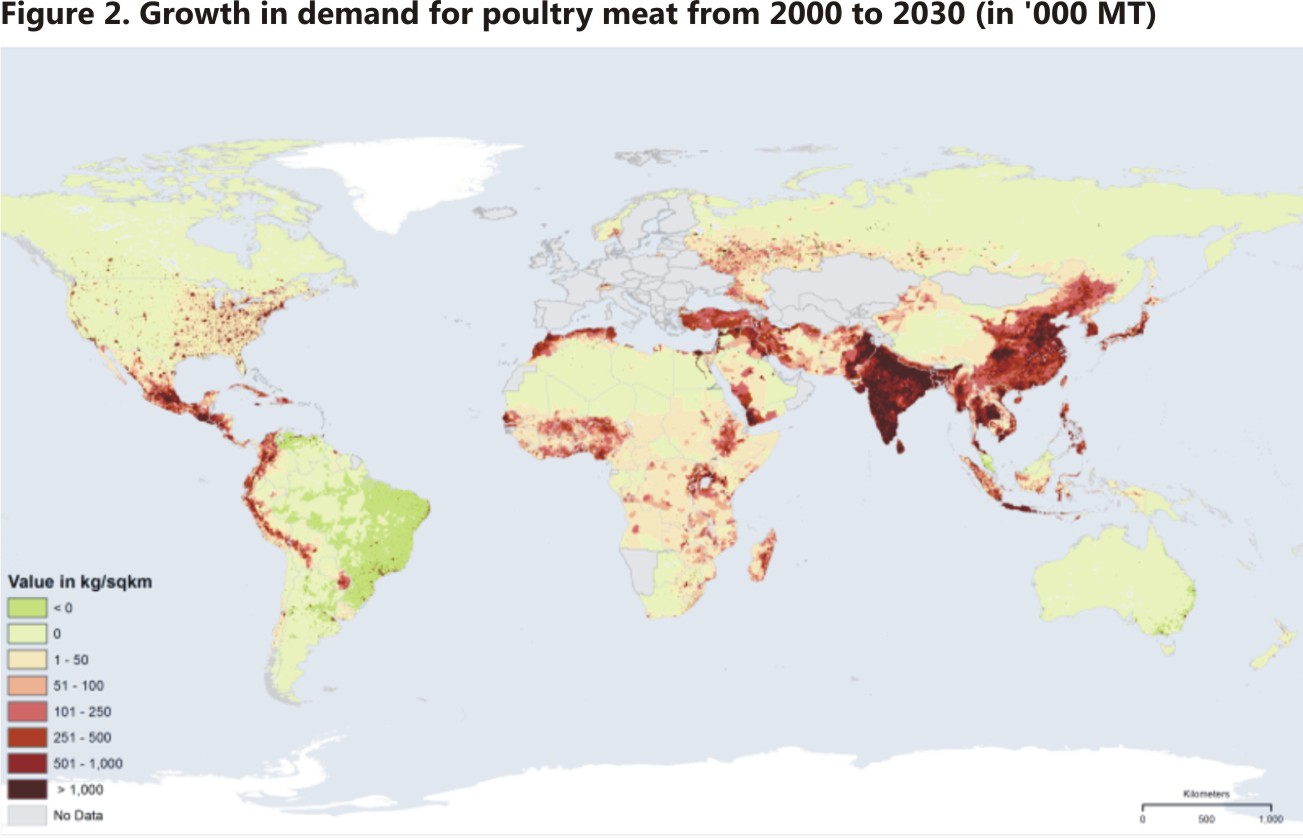 Directive enacted in 2017 requires that a veterinarian authorize the purchase of medically important antimicrobials. In 2016, China banned the use of colistin as a feed additive and initiated legislative actions to reduce antibiotic use in general and ban in-feed antibiotics by 2020. Other Asian regions are also getting on board. Indonesia and Vietnam banned antibiotics for the purpose of growth promotion starting in 2018. These are just a few examples that demonstrate how attention on addressing the AMR threat is growing. The private sector is also advancing the movement away from antimicrobials. Leading restaurant chains and food brands in the U.S., for example, have introduced varied production schemes ranging from responsible antibiotic use to antibiotic-free production.
Impact of AMR on animal health and producer profitability
Lowering the use of antimicrobials should compromise neither the health nor the welfare of animals. The industry should focus on first reducing the need for antibiotics, with the rationale that healthy animals will not require treatment with antibiotics. Viewed through this lens, it is important to understand that antibiotic overuse will lead to subsequent resistance. In turn, this will not only impact human health care, but will restrict treatment options for animals. By limiting use of antimicrobials, poultry producers can help maintain the efficacy of these important interventions, protecting the health of animals and humans.
Ultimately, no silver bullet replacement for antimicrobials exists today. Management practices that are sometimes covered up by antimicrobials need to be addressed and remedied. Such management mistakes are sometimes revealed when animal health and performance improve after the reduction or removal of antimicrobials. Of course, it is more complex to remove antimicrobials completely, especially when ionophores are included in the definition of “antibiotic-free” interventions. Trouw Nutrition’s experience working with integrators who are leaders in antibiotic reduction have demonstrated it is possible to produce broilers without antibiotics (including ionophores) and realize comparable and even improved health and performance, along with greatly improved profitability.
Steps to reduce or eliminate antimicrobials from production practices
As noted above, there is a strong need to reduce antimicrobials if we are to protect human and animal health. But beyond addressing the risks and preserving the efficacy of antibiotics to treat humans and animals, reducing antimicrobial use can also add value to the end product and improve producers’ bottom lines. Success demands an integrated approach and producers must commit to reviewing feed formulation, water management quality, farm practices and health management. Feed and water additives deliver important support in antibiotic reduction programmes. However, these interventions require other best practices be implemented across the production chain. These practices begin in the breeder flock, continue to the hatchery and extend onto the broiler farm. The approach also involves the feed mill and its production processes and raw material management. 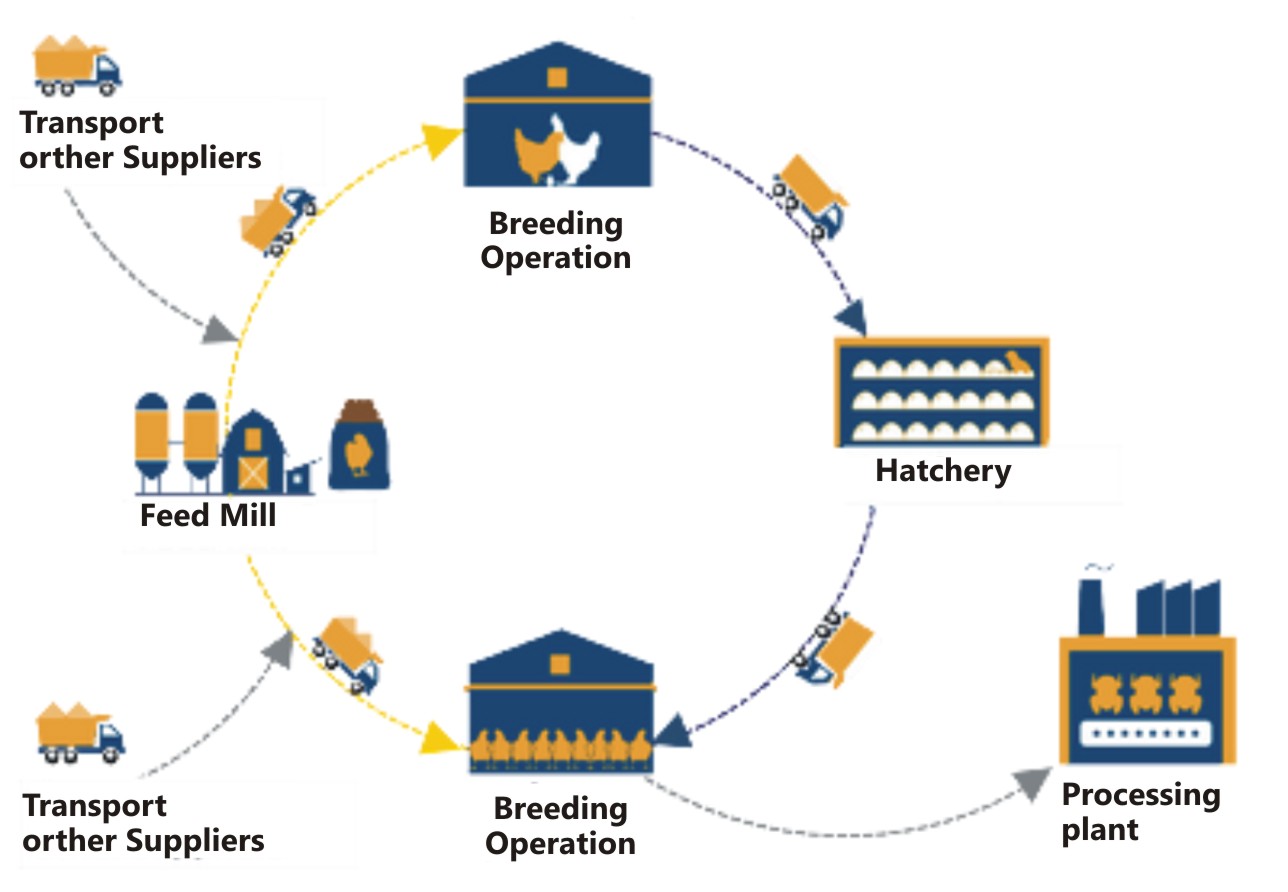 While no one-size-fits-all model exists, an integrated, custom approach curated to the production environment can help achieve production goals while reducing or even eliminating antimicrobial use in poultry production.
References available upon request.
by Barbara Brutsaert, Trouw Nutrition